According to their action plan, Indian Railways officials will be travelling in the train engines from point ‘A’ to point ‘B’ in order to determine the reason for train delays. 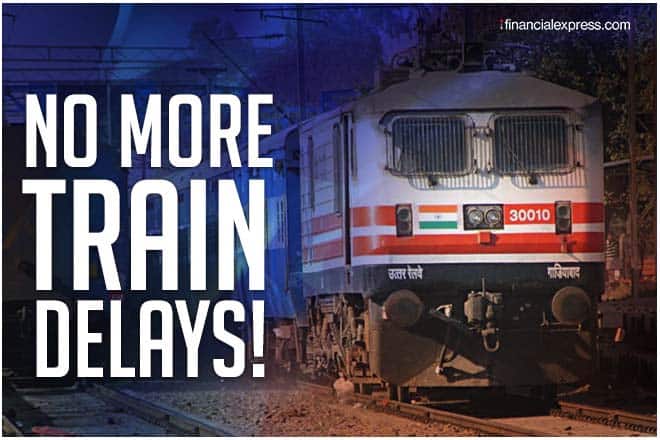 The train operations will be monitored with an eye on punctuality.

Tired of train delays? Indian Railways has good news for you! In another passenger-friendly move, Indian Railways is taking special steps to ensure the punctual running of trains and curbing delays. The headquarters of Northern Railways will be running a special drive across all its divisions in order to run services as per scheduled timings. Deepak Sharma, Chief Public Relation Officer (CPRO), Northern Railways spoke to Financial Express Online and said that according to their action plan, Indian Railways officials will be travelling in the train engines from point ‘A’ to point ‘B’ in order to determine the reason for train delays. The train operations will be monitored with an eye on punctuality.

According to Sharma, live monitoring will also be done for all trains on the route, including all Rajdhani and Shatabdi Express trains. He also said that this drive is a continuous process and will be pursued by the zone on a regular basis.

The headquarters of Northern Railways has prepared an 18-point action plan and has sent this to all railway zones across the country. The plan emphasizes that live monitoring will be done for all the trains, including the Rajdhani and Shatabdi Express trains on the Indian Railways network. Indian Railways officials are said to be travelling in the train engines in order to determine the reason for these delays. As many as 22 trains of the Delhi Division plying on the routes of Delhi-Ambala, Delhi-Rohtak, Delhi-Saharanpur and all other trains plying on the Northern Railways route will be included in this special drive.

Meanwhile, a few days ago it was reported that the Railway Ministry had put in stringent rules in place for putting an end to delays of trains and the Northern Railways zone had ordered all the railway divisions operating under its administration to run train services exactly according to the time-bound schedules. The zone ordered the Delhi and Ambala railway divisions to accomplish 90 per cent efficiency in terms of the scheduled departures and arrivals and to also follow the train timings strictly as per the schedule.