Right now, work on the Delhi-Meerut corridor is in progress. The first two trains have been delivered. While static tests have been completed, dynamic tests are ongoing. 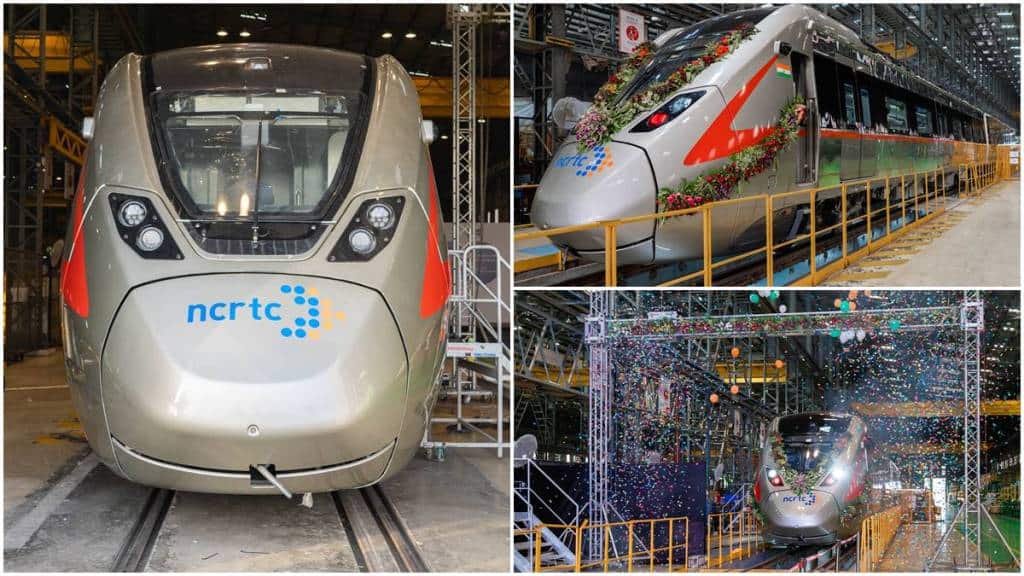 Following the activation of the priority section (Sahibabad to Duhai), stage 2 will extend the corridor from Duhai to Meerut (South Station).

Change is fast approaching the National Capital Region; the first of eight planned regional rapid rail corridors will connect the national capital to key cities and sub-urban areas around – Haryana, Rajasthan and Uttar Pradesh. The technologies implemented by Alstom on this project are claimed to help cut down the commute time to half and change the lives of millions in the National capital region.

In early 2023, India’s first semi-high-speed rapid rail transit system by Alstom, which is a first-of-its-kind worldwide in digitalization and automation technologies, is set to be operational. It will connect Sahibabad and Duhai, the priority section of India’s first Regional Rapid Transit System (RRTS) line, Delhi- Ghaziabad-Meerut corridor.

The RRTS project aims to address social and economic issues and promote balanced and sustainable economic development of the National Capital Region This corridor will eventually reduce the journey time between Delhi and Meerut to less than 60 minutes, compared to the current 90-120 minutes. The train will have a maximum speed of 180 kmph, and it will run in ~5-10-minute intervals. With 3-6 cars, each allowing for more than 200 standing and sitting passengers. This line will deliver enormous passenger capacity that will transform the region. This is what National Capital Region Transport Corporation (NCRTC) and Alstom are set to achieve starting early next year.

Meeting people is an essential part of life, for business or pleasure, as part of our education or on holiday, getting together for a special moment with friends or family. Travel time is a necessity we all endure and do our best to minimize, as it takes valuable hours that we could have spent earning a living, improving ourselves or most importantly, with our close community and loved ones.

“This type of connectivity is a game changer for people. These days, not many people commute daily between Delhi and Meerut and a major reason behind this is the extremely long travel time, which takes 4-5 hours per day. We’ll be making the commute faster by cutting the travel time to half, which will open up a lot of possibilities for commerce, jobs, recreation, entertainment, and family visits,” Thameem Kamaldeen – Managing Director, Signalling, Alstom India Cluster told Financial Express online.

The first phase of the Delhi-Ghaziabad-Meerut corridor will be operational early next year with 5 rail stations along the 20 km stretch between Delhi and Ghaziabad (Sahibabad, Ghaziabad, Guldhar, Duhai and Duhai Depot). The entire 82 km corridor will eventually include 25 stations of semi-highspeed rail (RRTS) and metro service (MRTS). It will have elevated as well as underground stations and connect several areas in the urban center of Delhi to stations in Ghaziabad and Meerut. All of this is intended to be fully operation in 2024.

This project will not only improve the lives of tens of millions but also become a worldwide reference as Alstom premieres implementation of state-of-the-art advanced systems and innovative technologies. This solution will redefine the future of mainline and metro railways through digitalization and automation.

The Delhi-Ghaziabad-Meerut Corridor operates on Alstom’s ETCS Level 3 Hybrid system and includes two contingency degraded modes, ETCS Level 1 and Interlocking mechanisms. The system incorporates Automatic Train Operation (ATO) over Long Term Evolution (LTE) radio, both are integrated with ETCS for the first time. To provide utmost safety to passengers, a Platform Screen Door (PSD), requiring a stopping accuracy of 30 cm, has been incorporated for the first time with the ETCS solution. This will make RRTS one of the most advanced signalling and train control systems of the world.
It also has a salient feature – its interoperability that will facilitate seamless commuter movement across corridors, without the hassle of changing the trains. This ETCS signalling system will be a key enabler to ensuring interoperability and train movement at quick frequencies.

Right now, work on the Delhi-Meerut corridor is in progress. The first two trains have been delivered. While static tests have been completed, dynamic tests are ongoing. The installation of signalling systems as well as trackside elements, is on its way, all with the goal of starting operations early next year.