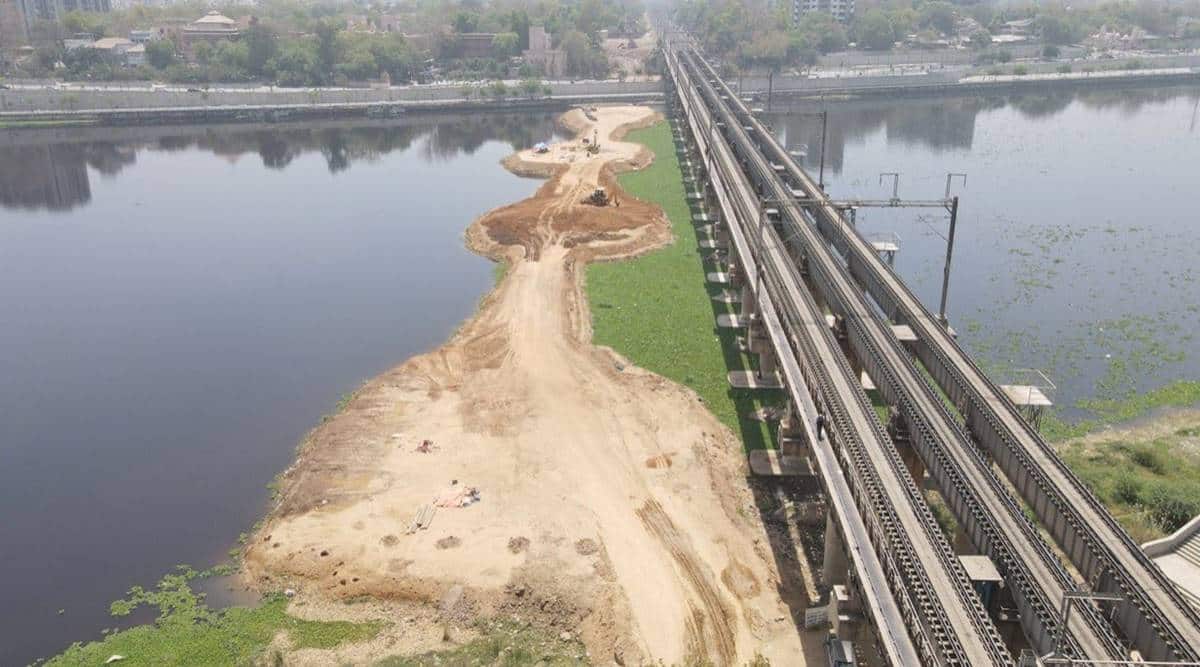 Development works such as Foundation, Pier Work as well as other infra works related to the project are currently in progress over Sabarmati, Mahi, Narmada, Tapi, etc., rivers.

Mumbai-Ahmedabad Bullet Train Project Update: Indian Railways’ first-ever Bullet Train project work is picking pace! The Ministry of Railways recently shared some glimpses of the fast pacing work of river bridges on upcoming India’s first Bullet Train, the Mumbai – Ahmedabad High Speed Rail corridor project. According to the Railway Ministry, development works such as Foundation, Pier Work as well as other infra works related to the project are currently in progress over Sabarmati, Mahi, Narmada, Tapi, etc., rivers across different districts of Gujarat. Take a look at the glimpses below, shared by the Railway Ministry, on the work of river bridges:

According to the National High Speed Rail Corporation Limited (NHSRCL), the firm that is executing the Mumbai – Ahmedabad High Speed Rail Project, work is going over various rivers including Narmada, Sabarmati, Kaveri, Mahi, Purna Ambika, Darodha, Kolak, Meindola, Daman Ganga, Anuraga, Vishwamitri, Kharera, Kim, Dhadhar, Tapi, Vatrak, Mohar and Meshwa. A few days ago, the Railway Ministry had said that the longest bridge for the MAHSR project is being developed on the river Narmada in the city of Bharuch, Gujarat. An ANI report stated that the bridge would be 1.2 kilometres long and it is expected to be completed by June 2024. According to NHSRCL, all the 20 bridges across Gujarat, which are under construction on various rivers, will be completed by June 2024.

Recently, Union Minister of State for Railways Darshana Jardosh conducted a high-level meeting under the chairmanship of Gujarat CM Bhupendra Patel in Gandhinagar, where Jardosh thanked the Chief Minister for the fact that 98.7% work of land acquisition for the upcoming first Bullet Train Project, MAHSR, has been completed in the state of Gujarat with the active cooperation of the revenue department. Jardosh also expressed expectation in the meeting that key projects of the Indian Railways network in the state will be completed on time.