According to the ministry, 100 per cent contract have been placed for civil and track work in the Gujarat area. 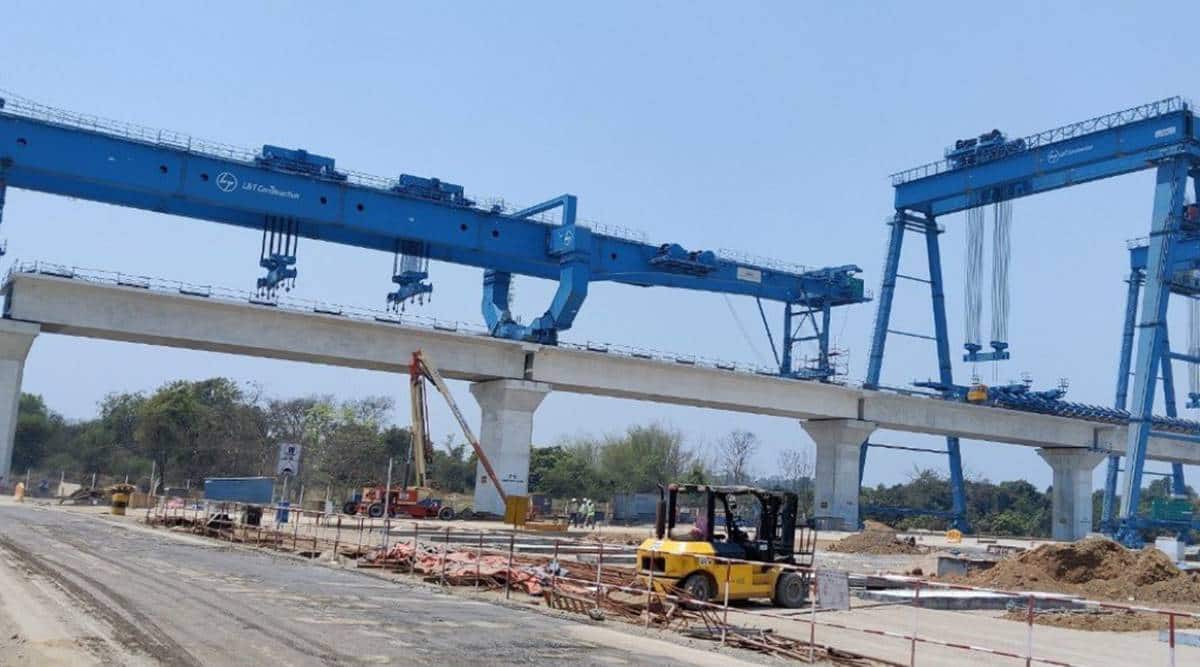 Contracts for track work worth Rs 3,141 crore has been awarded.

Mumbai-Ahmedabad Bullet Train Project: Work in progress! Contracts for track work worth Rs 3,141 crore has been awarded, the Railway Ministry said. According to the ministry, 100 per cent contract have been placed for civil and track work in the Gujarat area. Recently, the Railway Ministry had also informed that various construction works such as Foundation and Pier Work as well as other infra works are currently in progress over Narmada, Sabarmati, Mahi, Tapi, etc., rivers across different districts of Gujarat. The 1.2 km long bridge over the Narmada river, that’s currently under construction in Bharuch, would be the longest bridge on the 508 km long Mumbai – Ahmedabad High Speed Rail Corridor.

A few days ago, the National High Speed Rail Corporation Limited (NHSRCL), the company executing the country’s first Bullet Train Project, said the Corporation is adopting Full Span Launching Method (FSLM) to expedite the construction of the Mumbai – Ahmedabad High Speed Rail viaduct. According to NHSRCL, a straddle carrier is utilized to handle the Full Span Precast Box Girders. Following the casting, Straddle Carrier lifts the girder from casting bed and transports it to the stacking yard. Then, NHRCL said, it feeds the girder from the stacking yard to Bridge Gantry for an erection over Piers. This is a tyre-mounted self-propelled equipment weighing about 620 MT, and has a lifting capacity of 1100 MT, according to the Corporation.

Recently, Union Minister of State for Railways Darshana Jardosh thanked Gujarat Chief Bhupendra Patel in a meeting for the fact that 98.7% land acquisition work for the MAHSR project, has been completed in Gujarat with the revenue department’s active cooperation.