The revised refund rules were introduced with an aim to plug the scope of misuse, facilitate passengers with paperless ticketing, discourage touts and agents on black marketing of tickets. 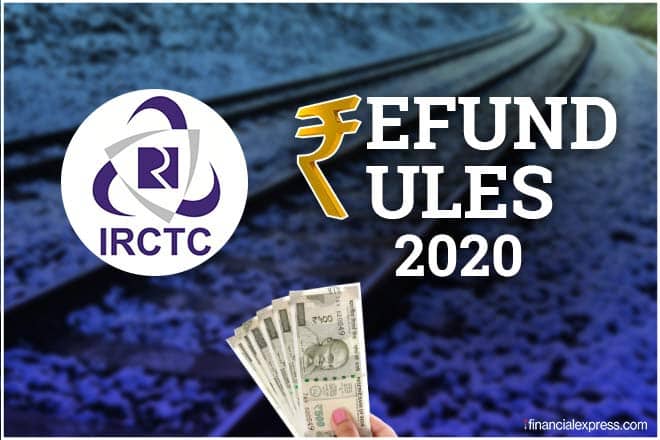 The new set of refund rules are effective since 2015.

IRCTC Refund Rules 2020: Have you cancelled a train ticket? Are you worried about getting a refund? If yes, end all your worries now! Indian Railways keeps introducing new measures to facilitate travel for its passengers. According to the e-ticketing and catering arm of the national transporter, the Indian Railway Catering and Tourism Corporation (IRCTC), the new set of refund rules are effective since 2015. The revised refund rules were introduced with an aim to plug the scope of misuse, facilitate passengers with paperless ticketing, discourage touts and agents on black marketing of tickets. Two new additions to the refund rules were also made in 2019.

(ii) On cancellation of confirmed reserved tickets between 48 hours and 12 hours before the train’s scheduled departure, cancellation charge will be 25% subject to minimum charge as per (i) above

(iii) On cancellation of confirmed reserved tickets between 12 hours and 4 hours before the train’s scheduled departure, cancellation charge will be 50% subject to minimum charge as per (i) above

(v) Refund on unused RAC/WL tickets is given up to 30 minutes before the train’s scheduled departure subject to deduction of clerkage charge.

(vi) For e-ticket cancellation, automatic refund is granted. Moreover, the TDR filing is not required.

(vii) Cancellation of CNF/RAC ticket booked in premium special trains is not permitted. The ticket, however, can be cancelled only if the train is cancelled. In those cases, refund is granted by PRS system.

2. If the railway ticket is surrendered within a specific time span then the refund would be handed over the PRS counter. If one has cancelled the ticket through the official IRCTC website or 139 then the person can collect the refund amount from the reservation counter.

4. If someone wants a refund on unused tickets, then he/she can check with station masters/managers across major stations as they have special discretionary powers. This can be done where a refund is not admissible at the station due to expiry of the given time limit.

5. In situations like flood, bandh agitation, etc., and where the person is not able to reach the reservation counter within the given time, then he/she can file Ticket Deposit Receipt (TDR) within 3 days. Following this, the person shall be allowed to apply to CCM for fare refund. In TDR cases, the refund is given within a duration of 90 days.

6. For misplaced/lost tickets, a refund will not be granted. If the authenticity of a torn/mutilated ticket is verifiable, then the refund will be given to the person on the basis of the particulars that could be seen on the face of the ticket. If the misplaced/lost ticket is confirmed/RAC then duplicate permit travel on the same reservation will be issued. However, this will be one be done on payment of charges.

7. No refund is granted in case of cancellation of tatkal tickets. Also, a ticket booked online cannot be cancelled once the chart is prepared, however, in such cases, the online TDR filing can be used to track the refund status through tracking service of IRCTC.

8. If the e-ticket belongs to a family/party, where some of the members have confirmed reservation, while others are on RAC or waiting list, the full refund of fare, less clerkage, will be allowed for confirmed members. However, this will happen if an online TDR is filed or the ticket is cancelled online for all the passengers within half an hour before the train’s scheduled departure.

9. Last year, IRCTC introduced a new OTP-based refund system for e-tickets booked by IRCTC authorised agents. Under this, if someone plans to cancel the ticket or drop a fully wait-listed ticket, an OTP SMS will be sent to him/her along with the amount of refund mentioned. The person will be required to share the OTP with the agent who has booked the ticket, to get the refund amount.

10. Last year, another rule was introduced where passengers are given the option of linking PNRs while booking the second train ticket. Under this, if a person misses the connecting train due to the late running of the first train then the fare for the portion that has been travelled is retained and the refund is given to the person on balance amount. The refund is the fare of the portion that is untravelled. If a person is able to surrender the ticket for the refund within three hours of the actual arrival of the first train then clerkage or cancellation charges are not levied. The refund is granted at the junction station.