Indian Railways plans to restore Dhanushkodi rail link, washed away in cyclone of 1964

While a significant stretch of 28.6 hectares is forest land, 43.81 hectares of land belong to the state government, and 3.66 hectares are privately held. 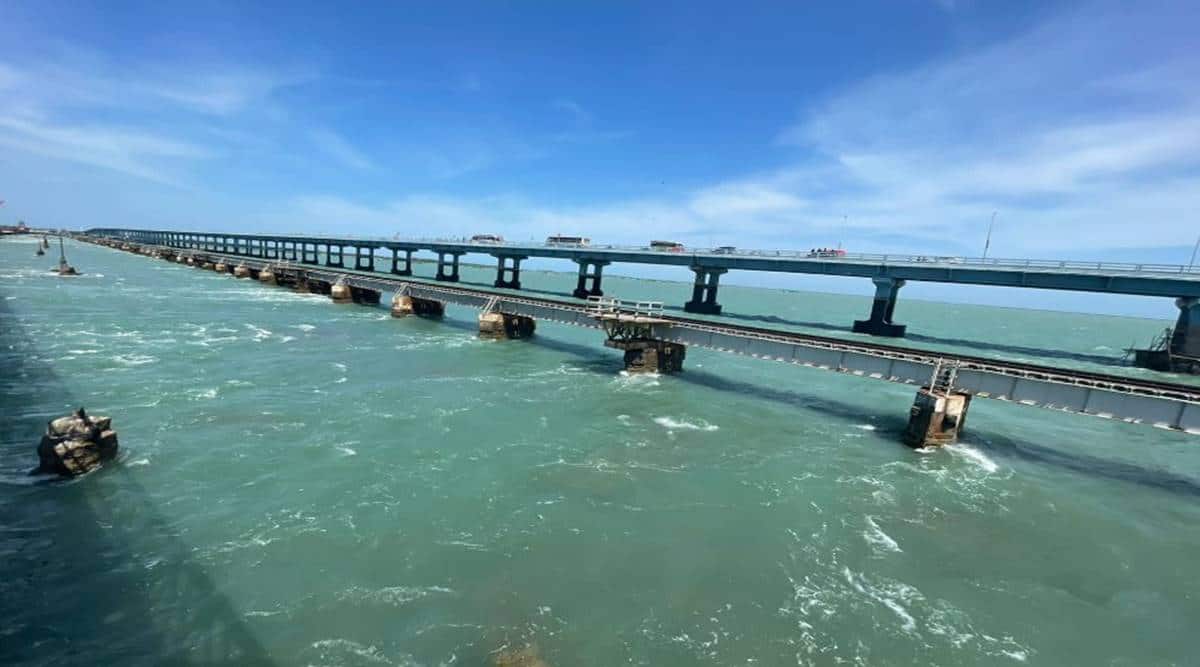 An 18 km long line will be developed between Rameshwaram and Dhansuhkodi, of which 5 km will be at ground level and the rest will be elevated track. (representational image)

Indian Railways is planning to restore the Dhanushkodi rail link which was washed away in a cyclone on December 23, 1964. The cyclone washed away Indian Railways’ Rameswaram – Dhanushkodi rail track along with a train as well as other infrastructure, leaving more than 100 people dead and also halting the train service that provided a vital link via sea between Mandapam, India, and Colombo, Sri Lanka just 18 kilometres away. According to a PTI report, 58 years on, the Railway Ministry has drafted a proposal for the reconstruction of the Dhanushkodi station as well as restoring the infrastructure that was destroyed during the cyclone.

As per the Indian Railways proposal awaiting approval, an 18 km long line will be developed between Rameshwaram and Dhansuhkodi, of which 5 km will be at ground level and the rest will be elevated track. According to the report, the single-line will be electrified and it will be connected to the broad gauge. The survey report prepared by the Southern Railway zone envisages a railway station that will be 900-meter long and 80-meter wide, with a cost of around Rs 733 crore. The land needed for the rail line has to be acquired. While a significant stretch of 28.6 hectares is forest land, 43.81 hectares of land belong to the state government, and 3.66 hectares are privately held.

Assistant Executive Engineer of Madurai Division Anand was quoted in the report saying that once all the clearances are received and the land acquisition is complete, the railway station will be ready in two years’ time. As per the estimates, 20,000 tourists are likely to visit Rameshwaram by the year 2041, and Dhanushkodi would witness a substantial rise in footfall once the railway connection is completed, he said. According to Anand, the 18-kilometre line from Rameswaram will have three halt stations as well as one terminal station. Also, redevelopment of Rameswaram railway station is being, Anand further said.
At present, there are 300 families in the town who live in thatched and makeshift houses. Moreover, there are shops of around 80 fishermen. All these would have to be relocated, the report said. Also, whatever is left of the old station has to be removed for the new structure. In addition, a government school consisting of 70 students would have to be removed as well, it added.