All women employees have been deployed at Gundla Pochampally railway station to handle all the day to day activities including technicians, train operations, security, ticketing and other relevant duties. 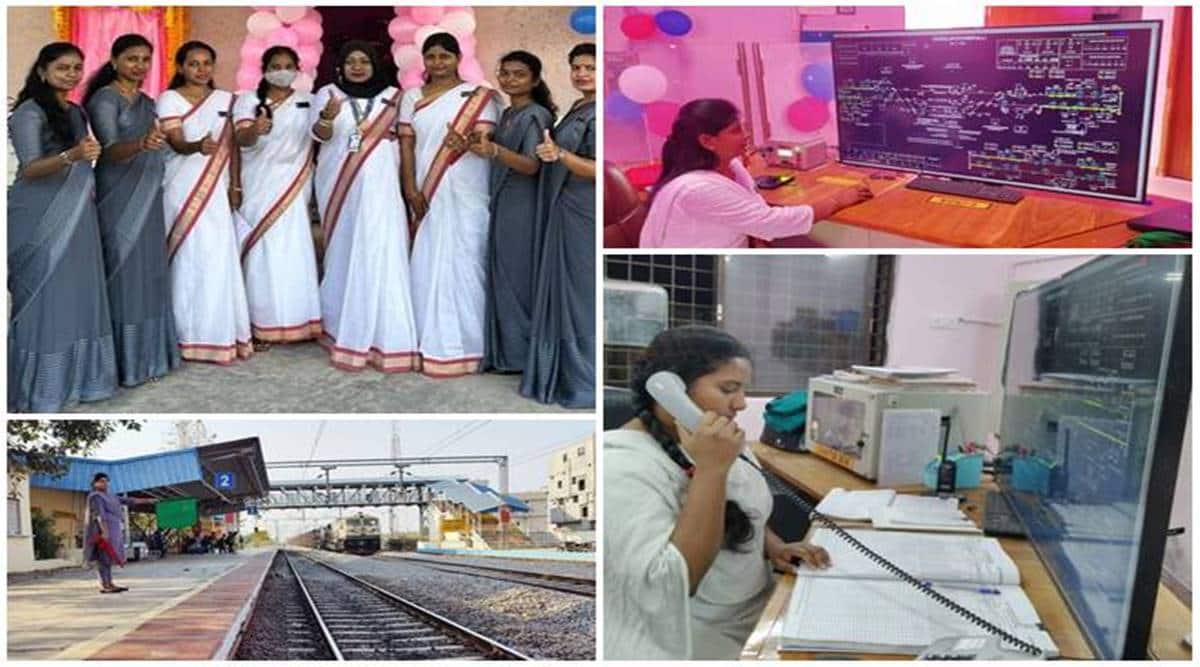 The South Central Railway said that the zone has always been at the forefront in providing opportunities to its women staff to encourage and excel in the field.

The South Central Railway said that the zone has always been at the forefront in providing opportunities to its women staff to encourage and excel in the field. In a bid to further empower the women staff and boost their morale, Gundla Pochampally railway station has been declared as an all-women station on 8 March 2022 to coincide with International women’ day. So far, five railway stations on South Central Railways are already functioning as all women railway stations i.e., Begumpet station on Secunderabad Division (one of the busiest stations in Hyderabad), Ramavarapadu station on Vijayawada Division, Vidyanagar station on Hyderabad Division, Chandragiri station on Guntakal Division, New Guntur station on Guntur Division.

Additionally, Indian Railways’ women staff are handling critical duties such as station masters, loco pilots, track maintainers effectively and on par with male employees. In these areas, the strength of women employees are Loco Pilot – 53, Station Masters – 64, Track Maintainers – 837. Further, South Central Railway sportswomen are showcasing their talent by participating in National and International matches, the zonal railway said. Sanjeev Kishore, South Central Railway General Manager also expressed his happiness over women empowerment activities on the zonal railway. The GM stated that such initiatives will help to further boost the confidence of the women staff.