Bullet train project: Work gets into the fast lane

With the land acquisition process completed in Gujarat and DNH, and civil contracts for most of its length awarded, the project is ready to make swift progress 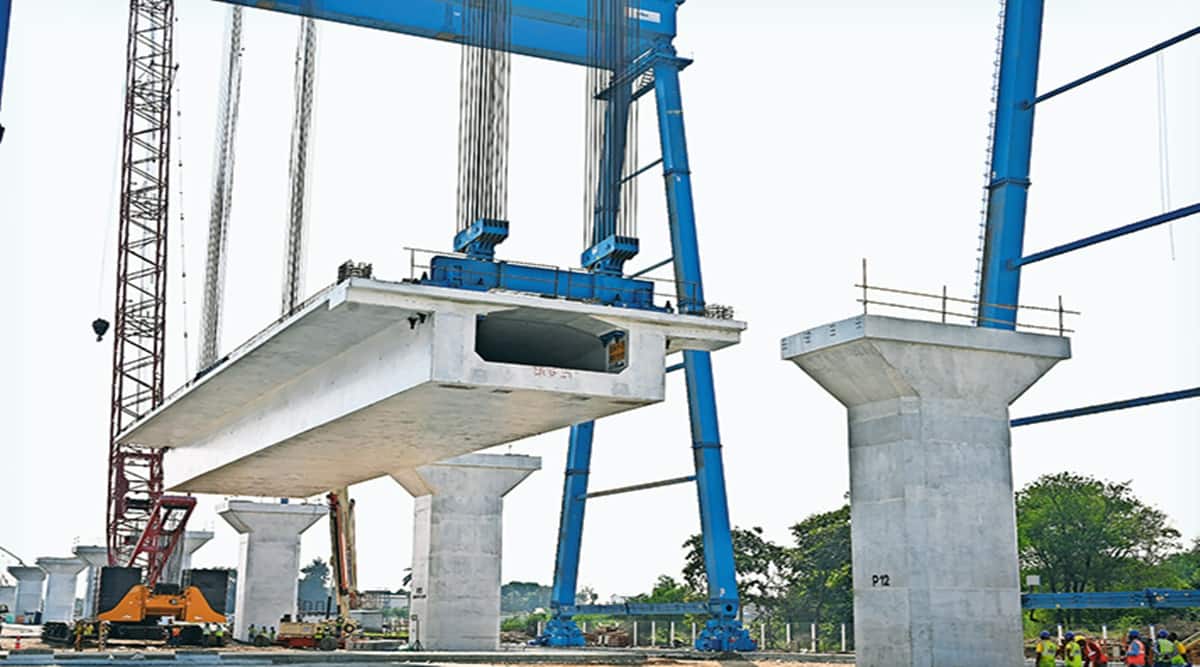 Moreover, more than 1,340 utilities, of the total 1,651 utilities that need to be shifted for the project, have been moved in Gujarat and Maharashtra.

Infrastructure works for India’s first bullet train project between Mumbai and Ahmedabad have been put on the fast track following completion of the land acquisition process in Gujarat and the union territory of Dadra and Nagar Haveli (DNH) though, as Railway Minister Ashwini Vaishnaw said recently, the project will miss the original deadline of December 2023 owing to land acquisition issues in Maharashtra and delays caused by Covid-19.

While land acquisition in neighbouring Maharashtra has been slower, the National High Speed Rail Corporation Limited (NHSRCL) – the implementing agency for the `1.10-lakh-crore project – has initiated the process for building a tunnel between the underground Bandra-Kurla Complex (BKC) and Shilphata within Mumbai. A senior official with NHSRCL says the bidding process for eight new tenders has been initiated, including that for a tunnel in Mumbai and a training institute building at Vadodara. While most of the groundwork has been laid in Gujarat until now, the NHSRCL is speeding up construction related activities in Maharashtra, he says.

Nearly 78% (of the total 825 hectares) of the land required for the project has been acquired, says Sushma Gor, spokesperson for NHSRCL adding, “as far as Gujarat and DNH are concerned, 98% and 100% of land has been acquired, while the figure is 39% for Maharashtra. Civil contracts for 68% of the corridor’s alignment (nearly 344 km) have already been awarded. These include contracts for construction of seven HSR stations in Gujarat and the Surat Depot. Civil works like casting and erection of girders, segments and piers for the viaduct are progressing. The Sabarmati Passenger Hub is also taking shape and is expected to be complete by the end of 2022.” A highly technical team has also been deployed for the construction of an 18-km-long tunnel under the sea in Maharashtra.

The official says that all statutory clearances relating to wildlife, coastal regulation zones (CRZ) and forest regulations have been obtained by the NHSRCL. Moreover, more than 1,340 utilities, of the total 1,651 utilities that need to be shifted for the project, have been moved in Gujarat and Maharashtra.

Of the total 508-km-long Mumbai Ahmedabad High Speed Rail (MAHSR) corridor, 348.04 km falls in Gujarat, 4.3 km in DNH and nearly 155 km in Maharashtra. Over 90% of the corridor between Sabarmati (Ahmedabad) and BKC (Mumbai) would be elevated. NHSRCL has divided the stretch between Ahmedabad and Mumbai in 27 segments to facilitate work, says the official, adding that tenders for 18 of these segments, valued at over Rs 60,000 crore, have been called. Larsen & Toubro has been given two contracts worth Rs 32,175 crore for the construction of a 319-km elevated viaduct from Ahmedabad to Zaroli village in Valsad district near the Maharashtra border.

With trains running at a speed of 320 km/hr, the corridor would have 35 trains running per day in each direction, at a frequency of 20 minutes in peak hours and 30 minutes in non-peak hours. The complete 508-km journey will take 2 hours and 57 minutes. NHSRCL has projected a fare of Rs 3,000-5,000 for an end-to-end journey. The Japan International Cooperation Agency (JICA) is providing a soft loan of Rs 88,000 crore at 0.1% interest to fund the project. The Indian Railways would provide Rs 17,000 crore, with the remaining Rs 5,000 crore coming from Gujarat and Maharashtra.