Indian Railways is exploring options other than DFCs, like high-speed passenger corridors and capacity augmentation of existing lines, to tackle the most niggling issue of congestion on tracks, especially on the Golden Quadrilateral. 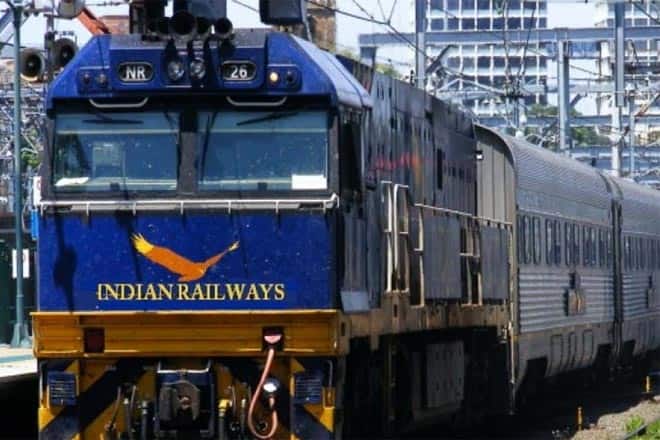 Indian Railways is exploring options other than DFCs, like high-speed passenger corridors and capacity augmentation of existing lines, to tackle the most niggling issue of congestion on tracks, especially on the Golden Quadrilateral.

While the construction of two dedicated freight corridors (DFCs) — Eastern and Western — seems to be on track, the other four projects are running way behind schedule and could even be abandoned. Indian Railways is exploring options other than DFCs, like high-speed passenger corridors and capacity augmentation of existing lines, to tackle the most niggling issue of congestion on tracks, especially on the Golden Quadrilateral.

According to two railway ministry officials, there is an intense debate within the ministry on prioritising one of the alternatives. And it seems DFCs are losing the argument. “The question of taking up future DFCs came up with the NITI Aayog also in the loop. A view has emerged that if DFCs are going to take seven-eight years for completion, what would happen to the congestion in the existing lines? So it would be a much better option to go for a third line in certain sections, augmentation of some or quadrupling, which can be done in three-four years,” said one of the officials.

Another official said that though the idea of the other four DFCs has not been scrapped yet, other solutions are being examined and a view has to be taken by the railways. Apart from the Eastern DFC (Ludhiana-Dankuni; 1,856 km) and Western DFC (Dadri-Jawaharlal Nehru Port, 1,504 km), the railways had announced plans for an East-West DFC (Kolkata-Mumbai; 2,330 km), North-South DFC (Delhi-Chennai; 2,343 km), East Coast DFC (Kharagpur-Vijaywada; 1,100 km) and the Southern DFC (Chennai-Goa; 899 km). These lines cover the Golden Quadrilateral network connecting the four metro cities, which at present is utilised over 100%.

Though this network accounts for only 20% of the tracks across the country, 55% of the traffic moves on it. A trial run was successfully conducted on the first section of the DFC between Ateli and Phulera (192 km) on the Western DFC on March 27, 2018. However, the Bhaupur-Khurja (340 km) stretch on the Eastern DFC, funded by the World Bank, will be the first to be commissioned in December 2018. It will be followed by the Rewari-Marwar (452 km) stretch on the Western DFC, funded by Japan International Cooperation Agency, in February, 2019, as reported by FE.

Railways arm RITES had prepared a detailed project reports along with financial viability for all the four DFCs, which were submitted to Dedicated Freight Corridor Corporation of India (DFCCIL) — a special purpose vehicle of the railways which has been entrusted with the job to develop DFCs in the country —and were accepted by the ministry of railways.

“Out of these, the financial viability of the Chennai-Goa DFC seemed unviable and the alignment was also passing through very difficult terrain. So it was dropped long back. In the Kolkata-Mumbai and Delhi-Chennai stretches, there have been huge amounts of small works being sanctioned for capacity augmentation. However, the East Coast is most likely to be taken up,” said the first official quoted above.

Apart from the capacity augmentation that is underway, the ministry is also undertaking a study for a high-speed passenger network of around 10,000 km of the Golden Quadrilateral. The second official quoted above said funds are a constraint and not all projects can be executed simultaneously.