Ashwini Vaishnaw flags off new train between Rewa and Udaipur; to turn the Chittorgarh into a world-class station

The minister also flagged off the train services between Badi Sadri and Udaipur in Chittorgarh and Siuri-Sealdah-Siuri train services in West Bengal (virtually). 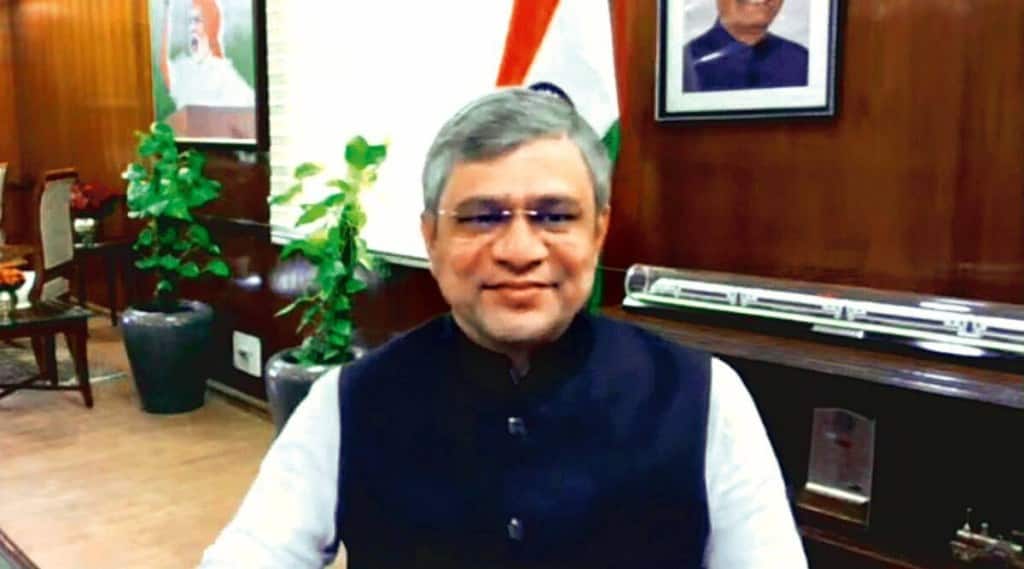 The minister also asked the officials to come up with a design that will make the Chittorgarh station a world-class facility.

Union Railway Minister Ashwini Vaishnaw launched a new weekly train between Rewa in Madhya Pradesh and Udaipur in Rajasthan. The new weekly train 02181/02182 Rewa-Udaipur City-Rewa Weekly special superfast will run every Sunday with the journey starting at 15.30 hrs from Rewa. It will cover various areas such as Maihar, Satna, Mandah, Malkhedi, Mungawali, Guna, Ruthiya, Baran, and Ant. On the next day, the train will reach Udaipur City Station via Sogaria, Bundi, Mandah, Chandi, and Mavli Junction. The train will leave Udaipur City at 17.20 hrs every Monday and will reach Rewa at 10.35 hrs on Tuesday.

The minister also flagged off the train services between Badi Sadri and Udaipur in Chittorgarh and Siuri-Sealdah-Siuri train services in West Bengal (virtually). The construction of the broad gauge line between Mavli and Badi Sadri has been carried out in five years. An estimated cost of Rs 420 crore has been spent on this project. The area is under the North Western Railway.

The minister also asked the officials to come up with a design that will make the Chittorgarh station a world-class facility. He said that a tender for the development of the Udaipur City Railway Station has already been floated. The work on the project will start after the final bidder is selected in August. He additionally paid tribute to the local heroes. The minister urged the public to participate in the project and help improve the station.

Ashwini Vaishnaw stated that the country’s indigenous technology-based train, known as the Vande Bharat, is better than Japan’s bullet train. He also said that the stations will be redeveloped with a plan to make them world-class facilities over the next 50 years. “With the start of these train services, the benefit of better connectivity and easy and economical travel between Rajasthan and Madhya Pradesh will come. Along with this, tourism will get a boost due to the establishment of the Rewa region of Madhya Pradesh with Udaipur, the city of lakes in Rajasthan”, he said.

Leader of Opposition in the Rajasthan Legislative Assembly, Gulab Chand Kataria, praised the minister for his achievements in the railways. He said that the minister had brought about a change in the way the railways were run.

Follow us on
Latest News
‘Women can churn out incredible innovations, strategies that will ensure growth of rural areas and our nation’
Teeth cleaning: how often should you get it and why?
22 MSMEs apply for telecom PLI scheme: Govt
AAP poll campaign in Gujarat turned into mass movement against ruling BJP: Kejriwal
RailRestro plans to invest $30mn by FY23 to boost logistics infrastructure
Why India is lacking in medical device manufacturing despite being one of fastest growing healthcare markets?
‘Mahagathbandhan’ in Bihar for withdrawing general consent to CBI
Photos
Noida Supertech Twin Towers vanished in just 9 seconds! PHOTOS
5 hours agoAugust 28, 2022
PM Modi inaugurates Atal Bridge for pedestrians across Sabarmati – See Stunning Photos
18 hours agoAugust 28, 2022
FE India’s Best Bank Awards: Take a look at Nirmala Sitharaman along with other winners from the ceremony – PHOTOS
18 hours agoAugust 28, 2022
Read More
×
Taller than Qutub Minar, Supertech Twin Towers demolished: Here’s a list of five tallest buildings in Delhi NCR
Early diagnosis to keep Gastric Cancer at bay
Noida twin towers: People with respiratory issues should avoid area for few days, say doctors
2023 – the International Year of Millets: PM Modi bets for coarse grains in Mann Ki Baat
How to save tax on sale of residential property? Get the timing right
Innovation in home healthcare: key to addressing demand-supply gaps in healthcare