NITI Aayog report in 2018 has stated that nearly half of India’s population face extreme water stress. 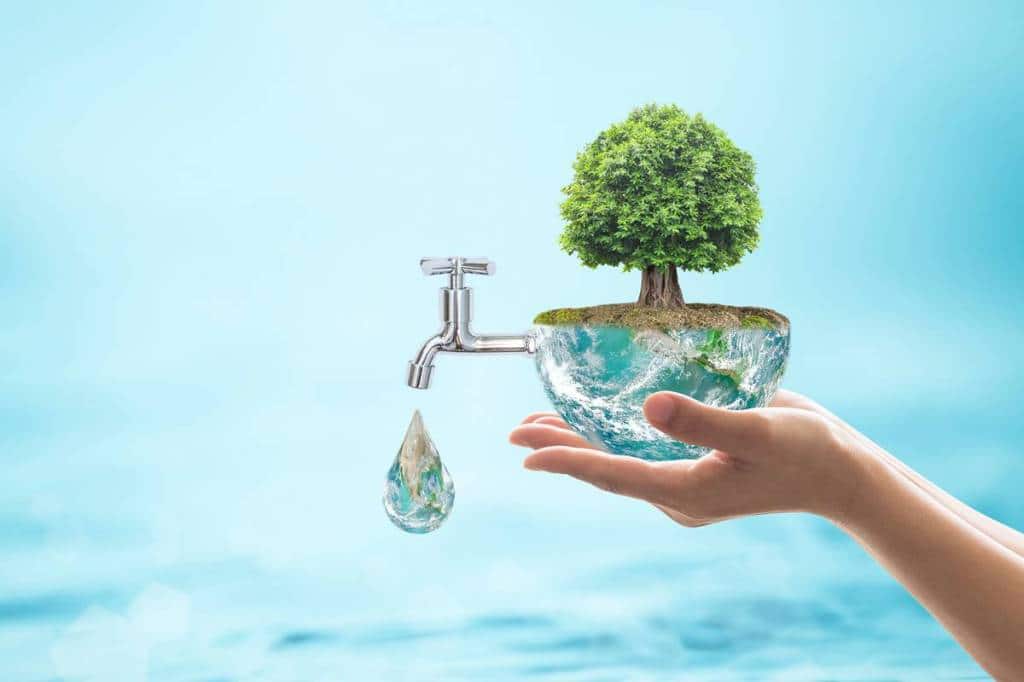 Most of our water woes can be resolved if we vigorously manage the resource and sustainably harvest it.

‘Water, water everywhere not a drop to drink.’

It is that time of the year again. As major states in India find themselves drowning under the wrath of monsoons again, submerging cities underwater, affecting the lives of millions of people each year and breaking the means of communication, there is a state of chaos, hysteria and hopelessness among the citizens. Ironically, at the same time, most Indian households are having a difficult time accessing potable water. In the constant battle to keep its cities and provide as basic a resource as water to all, the country is water stressed.

NITI Aayog report in 2018 has stated that nearly half of India’s population face extreme water stress. Three-fourth of India’s rural households do not have piped, potable water to rely on and poses a serious health risk. It concluded by stating that India is suffering from its worst water crisis in its history. This has led to critical groundwater levels, women exploitation in many communities (fetching water from miles away) and deaths. At this stage, it becomes vital for India to unearth its traditional water conservation strategies that it was once regarded for worldwide. The Indus Valley civilization is known to have pioneered irrigation and water harvesting techniques. Not only that, but through their expertise in town planning, a well-supported drainage system design helped them claim as one of the best engineers of the times. The ability of our ancient civilisations to comprehend their climate and terrain well strongly contributed to the design of robust structures, many of which have stood the test of time. Taankas, johad, talab, baoli, aahar pynes (Traditional flood water systems indigenous to south Bihar), wells, etc.

Instead of deriving solutions to preserve this huge volume of water resource which is being created at our disposal each year, we are left struggling to cope with unplanned cities and their crumbling infrastructure. This is a lost opportunity for the architects and planners. Mapping the monsoon Nallahs and ancient water conservation and preservation systems that exist in the cities (which, otherwise, lie dormant and clogged with plastic, non-biodegradable items and construction waste), cleaning them up and re-operating them are some immediate steps one could plan and execute. Landscape planning can be helpful in creating natural reservoirs to help conserve water and avoid flooding of city spaces. Creating integrated bodies on local levels to ensure policies and plans drafted in the National Water Policy are facilitated and also monitor inter-city water movement can be a great asset, going forward. Many of the traditional water conservation and preservation strategies, upon close study, involved community participation as well. Empowering clusters of villages in rural areas and pockets of blocks in cities to take charge of local water bodies and creating channels to harvest rainwater will encourage a sense of responsibility in the community.

Most of our water woes can be resolved if we vigorously manage the resource and sustainably harvest it. Our country has proven its capabilities time and again, but if we do not act upon economizing water quickly, we might be insinuating a third world war and this time there might not be a winning side.

(The author M. Arch (Urban Design), Harvard University, USA. He has done B.Arch., Gold Medalist, from School of Planning and Architecture, New Delhi. He is Managing Principal, C. P. Kukreja Architects, New Delhi and is ranked amongst the top 100 Architecture firms in the world. Views expressed are personal and do not reflect the official position or policy of the Financial Express Online.)