under extremely challenging conditions, as in the region, temperatures can fall below minus 40 degrees Celsius, as well as oxygen levels go down to 50% below normal. 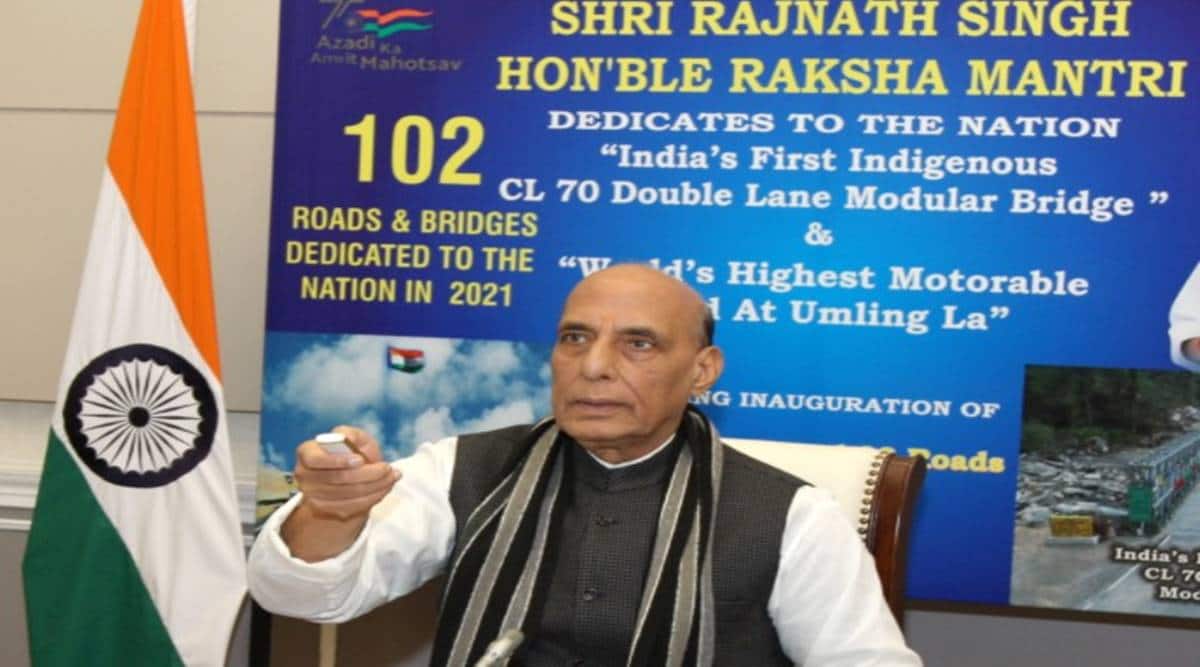 The union minister, however, did not inaugurate the entire road on Tuesday, but one of the bridges on the road, which completed the axis.

On 28 December 2021, Defence Minister Rajnath Singh inaugurated as many as 27 projects built by the Border Roads Organisation (BRO). These included 24 bridges and three roads, mostly located in the border areas. Now, one of the newly launched 24 bridges is on the world’s highest motorable road, passing through a pass situated at 19,000 feet elevation. Located in south Ladakh, the road connects Chisumle and Demchok. It passes through Umling La pass, which is over 19,000 feet height. The pass height makes it the world’s highest motorable road and was recognized as such by Guinness World Records recently, according to an IE report.

The 52 km long ‘black-top’ tarmac Chisumle-Demchok road in Ladakh was built under extremely challenging conditions, as in the region, temperatures can fall below minus 40 degrees Celsius, as well as oxygen levels go down to 50% below normal. The union minister, however, did not inaugurate the entire road on Tuesday, but one of the bridges on the road, which completed the axis. The 60-metre long bridge has been constructed at the point called Km 99.3 on the road, the report stated. Officials in the defence establishment said for at least the last four years, vehicles had been crossing the Umling La pass. However, now the road at the pass has been black-topped, making the journey easier, as well as qualifying it for the Guinness World Record honour.

The road at the pass is higher than both the base camps for the climb to Mount Everest. Nepal’s South Base Camp is at 17,598 feet height, while Tibet’s North Base Camp is at 16,900 feet. The road from Chisumle to Demchok is also higher than the Siachen Glacier, which is located at 17,700 feet. Leh’s Khardung La, which was among the world’s highest roads at one time, is at an altitude of 17,582 feet.

The project to develop the road through the pass- a part of Project Himank by BRO- had been completed in the year 2017, after which vehicles had started plying over the route. The road, however, has been black-topped only this year. However, the most crucial aspect of this new axis comes with the bridge’s completion that was inaugurated by the Union Minister. Now, as the axis is over, it offers a direct route from Chisumle, which lies on the major road coming from Leh, Nyoma and Karu- which have crucial military stations- to Demchok, near the Line of Actual Control.

The new axis will benefit armed forces, as it will make it easier to mobilise troops as well as equipment, including rations. However, as the road goes through such a high pass, transport via road will be unfeasible during the winter season, when the armed forces rely on air support, the report said. Besides, the road is expected to have other benefits as well including tourism boost and improvement of socio-economic condition of the locals.