The tracks have been completed already for the trainset’s arrival at the Duhai depot and now preparations are going on for the testing. 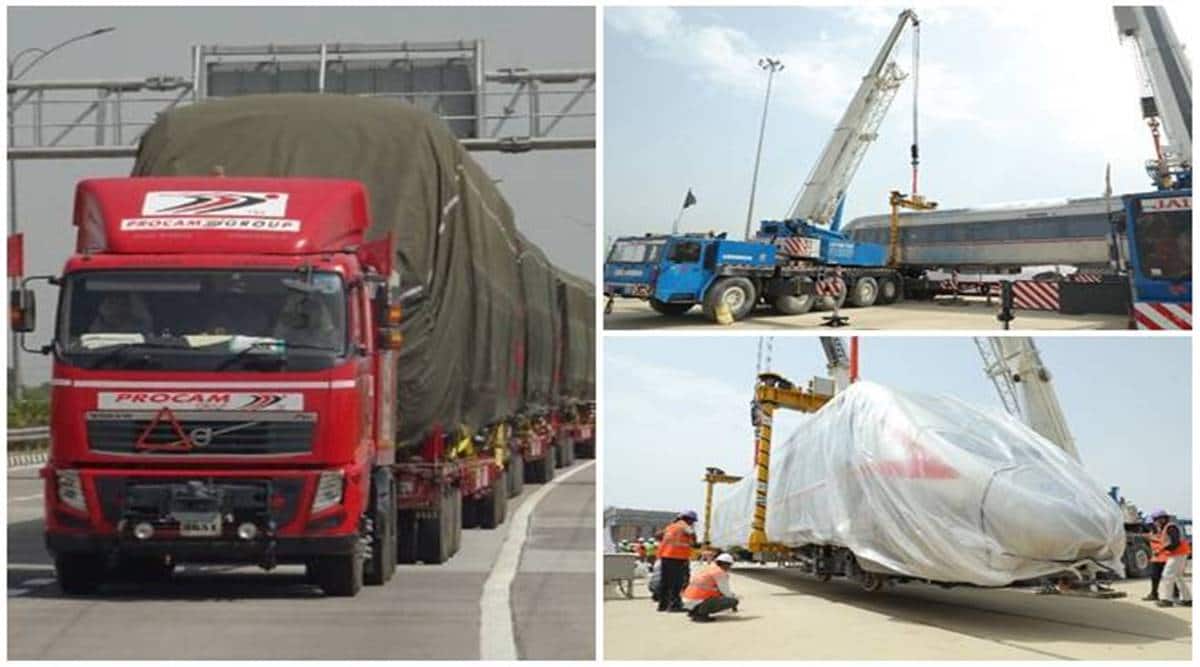 In the coming days, the RRTS trainset will be assembled in the Duhai Depot itself.

Delhi-Meerut RRTS: Today, the first trainset of the country’s first Regional Rapid Transit System has reached Duhai Depot. The Delhi-Meerut RRTS trainset was loaded on a trailer from the manufacturing plant located in Savli, Gujarat and it was brought to Duhai via road. The RRTS train, in its journey to reach Duhai Depot, has travelled through the states of Rajasthan, Haryana, and Uttar Pradesh. According to the National Capital Region Transport Corporation (NCRTC), all the six coaches of the Delhi-Meerut RRTS trainset were loaded on six separate trailers. The coaches, on reaching the Duhai depot, were unloaded with the help of a crane. In the coming days, the RRTS trainset will be assembled in the Duhai Depot itself.

The NCRTC further said the tracks have been completed already for the trainset’s arrival at the Duhai depot and now preparations are going on for the testing. Besides, an administrative building has been established in the Duhai depot itself for the operation of RRTS trains. Under the government’s ‘Make in India’ initiative, Alstom was awarded the contract of manufacturing the RRTS trains, as per which, they would be delivering 40 RRTS trainsets, including 10 three-car trainsets for Meerut Metro, bundled with rolling stock maintenance for 15 years.

According to NCRTC, the upcoming Delhi-Ghaziabad-Meerut RRTS corridor is likely to reduce CO2 emissions by about 2,50,000 tonnes per year. The Corporation had also claimed that the RRTS project will prove to be the most energy efficient futuristic transit system, ushering in a new era for seamlessly connected mega-regions as well as setting a new benchmark for similar projects in the future. The NCRTC is striving for the timely completion of this RRTS project. The Corporation is planning to commence the operation on the priority section by the next year and commission the entire corridor by the year 2025. Once completed, the public will be able to cover the distance from Delhi to the city of Meerut in just 55 minutes.