Though only a portion of the network has been made operational yet, the city has launched initiatives to offer commuters feeder services and proper inter-modal connectivity. 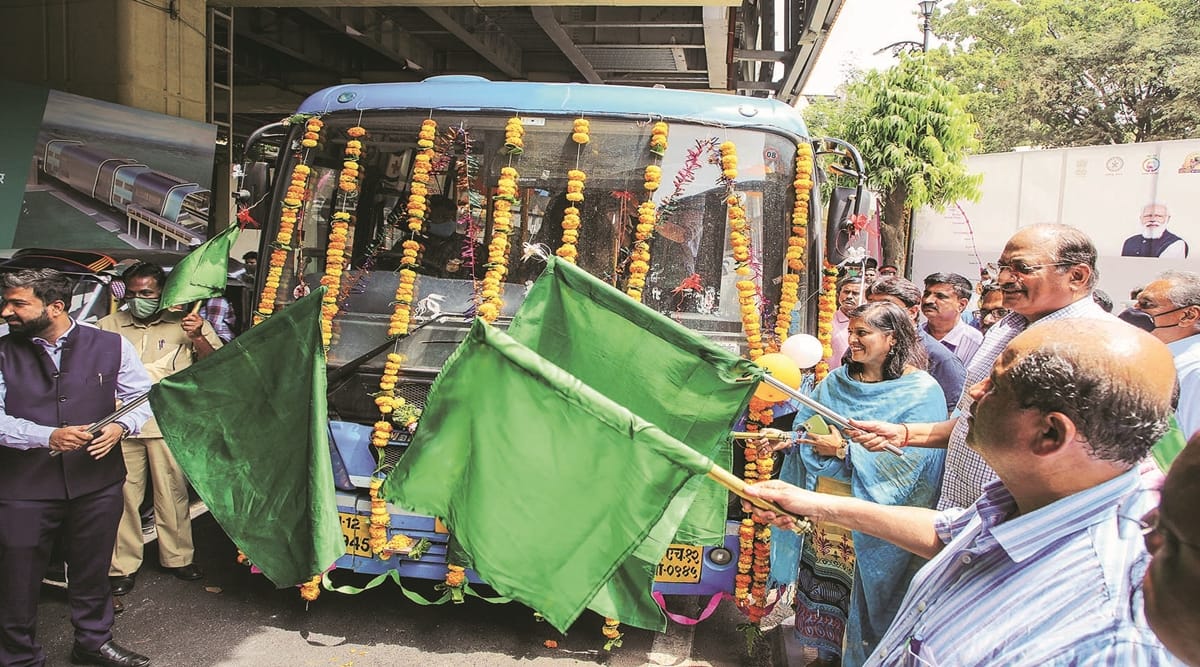 The forethought is guided by the experience of Metro networks elsewhere in the country.

Even though only a portion of the Pune Metro has been made operational – Garware College to Vanaz (5 km) on the Aqua Line and Pimpri-Chinchwad Municipal Corporation to Phugewadi (7 km) on the Purple Line – the Maharashtra Metro Rail Corporation (Maha Metro) has joined hands with Pune’s transport utility, Pune Mahanagar Parivahan Mahamandal (PMPML), to launch feeder services offering first and last-mile connectivity. Maha Metro is betting on the feeder services and inter-modal connectivity to increase ridership for Pune Metro, which would be vital to its financial viability.

The forethought is guided by the experience of Metro networks elsewhere in the country. A study by WRI India Ross Center found that Metro networks in India have achieved only 32-35% of their projected ridership, with actual ridership being much below projections for Bengaluru, Chennai, Jaipur, Kochi, Lucknow and Hyderabad networks. The only exception has been the Mumbai Metro for which actual ridership has exceeded the projected figure.

According to Madhav Pai, ED, WRI India Ross Center for Sustainable Cities, data has shown that only about 15% of workplaces are within 500 metres of Metro stations in cities such as Bengaluru and Delhi. But the figure goes up to 70-75% of workplaces when the radius from a Metro station is increased to 2 km. Thus, effective and robust first- and last-mile connectivity can have a great impact on Metro ridership, Pai said at a Station Access and Mobility Programme (STAMP), a multi-year, multi-city initiative that works with Metro agencies in Indian cities. This has also been borne out by STAMP’s pilot projects that offered Metro passengers inter-modal and first- and last- mile connectivity in Bengaluru, Hyderabad, Kochi and Mumbai. Pune Metro and Nagpur Metro are part of STAMP, with Maha Metro working with WRI India and Toyota Mobility Foundation on the initiative.

To offer commuters proper feeder services in Pune, Maha Metro is banking on both motorised and non-motorised options and will be making available bicycles – bicycles will also be allowed on the Metro –  e-bicycles, e-scooters, e-rickshaws, e-buses, feeder buses, e-cabs and auto rickshaws. Commuters will have the option to take some of the vehicles home. Supported by a mobile app, the feeder services will have pick-up and drop-off points within a certain radius of the Metro stations.

Connecting Metro services with existing bus and rail services is the other part of Maha Metro’s agenda. Multi-modal integration is being put in place at Swargate, Shivaji Nagar, Civil Court and Pune Railway station, as the Pune Metro network would be touching the main railway stations, state transport depot and city transport hub at these points, allowing commuters to switch modes of transport seamlessly. In fact, the ministry of housing and urban affairs has recognised Maha Metro’s multi-modal integration as the best in the country.

Atul Gadgil, director (works), Maharashtra Metro, says the STAMP initiative will help Pune Metro get an idea of the ridership it can achieve in the initial months, with making more and more people switch from private vehicles to public transport being key in this context. Though Pune is the fourth-most congested city in India, public transport accounts for a mere 10% of the overall public movement in the city. If Pune Metro achieves the targeted daily ridership of 6 lakh, that share is certain to go up sizeably.