Nearly 150 km roads of Delhi will be under the radar of the transport department’s enforcement team. 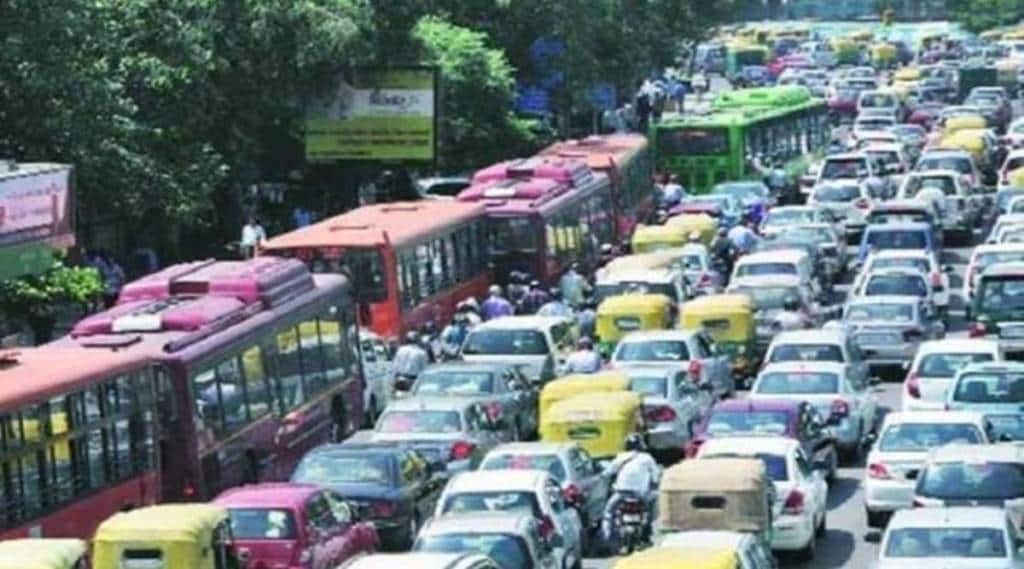 A fine of Rs 10,000 or six-month imprisonment will be imposed on those violating the rules.

In a bid to curb accidents as well as ease traffic congestion in the national capital, the Delhi government is going to launch an intensive ‘bus lane enforcement drive’ for bus and heavy vehicle drivers. A fine of Rs 10,000 or six-month imprisonment will be imposed on those violating the rules. From April 1, the transport department along with Traffic Police will start this drive on 15 prioritised corridors like Ashram Chowk to Badarpur, Dwarka Mor to Janakpuri, Aurobindo Marg to Andheria Mor, in the first phase. As many as 46 corridors have been identified by the department where drives will be implemented in phases, an IE report said.

Nearly 150 km roads of Delhi will be under the radar of the transport department’s enforcement team. This initiative was announced by the Delhi government in the month of August last year and the PWD created dedicated bus lanes in the national capital and sensitised bus drivers to drive on those lanes only. The PWD, following this, was directed to mark the bus lanes with long-lasting thermoplastic paints as well as properly identify the selected corridors by placing warning signage and boards at suitable areas.

Officials said that the special drive will start from 8:00 AM to 10:00 PM, and the buses and heavy carriage vehicles will be permitted to ply only on the segregated and marked bus lanes. According to an official, during this period, no other vehicle will be allowed to ply in the said bus lanes. Further, during the period from 10:00 PM to 8:00 AM, other vehicles may be permitted to ply in bus lanes. However, the official mentioned that the buses and goods carriages will confine as well as ply in the segregated and marked bus lanes for 24 hours.

Buses and other heavy vehicles found plying on the other lanes will be liable for prosecution under section 192-A of the Motor Vehicle Act, 1988, official said. It prescribes a Rs 10,000 fine, with imprisonment for a term that may be extended to six months. Apart from this, if any vehicle, other than buses, like cars and scooters are found parked on these lanes, they will be towed by the enforcement team and also, a fine will be imposed other than the towing charge.

According to the transport department, there will be two enforcement teams on the ground in two shifts in order to enforce traffic discipline on bus lanes. Moreover, the teams will have cranes for impounding vehicles on dedicated lanes. The enforcement team will also record videos as well as click pictures of the vehicles violating rules as evidence. The two bus operators of the city bus transportation fleet- DTC and DIMTC, have been directed to sensitise drivers of the DTC and cluster buses to restrict/ply their buses only in the earmarked bus lanes in order to avoid challan/prosecution, the official added.