These state-of-the-art ASGs are capable of spraying fine mist up to 70 metres to 100 metres. One Anti Smog Gun is considered adequate for covering up to 20,000 square metres area. 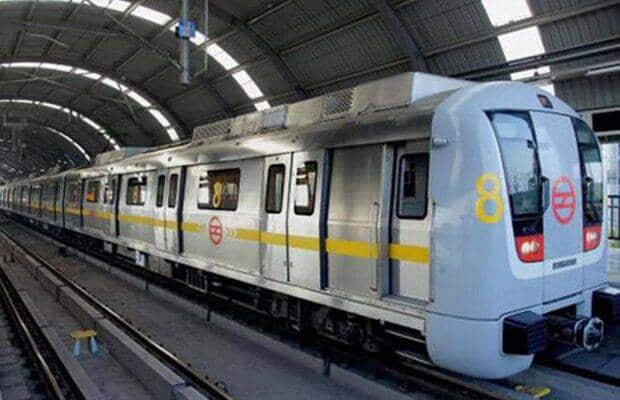 Delhi Metro has pressed into service 14 Anti Smog Guns (ASGs) at its sites.

In a bid to combat pollution at its construction sites, Delhi Metro has pressed into service 14 Anti Smog Guns (ASGs) at its sites. These ASGs throw fine mist from time to time, helping DMRC to check the possibility of dust pollution emanating from the construction work, the Delhi Metro Rail Corporation said in a statement. As part of Delhi Metro’s Phase 4 corridors and some other construction projects, currently, as many as 12 civil contracts are operational across the national capital. These state-of-the-art ASGs are capable of spraying fine mist up to 70 metres to 100 metres. One Anti Smog Gun is considered adequate for covering up to 20,000 square metres area.

According to DMRC, it is ensured that the water utilized for sprinkling are free from coliforms, bacteria and viruses. For greater impact, high quality nozzles with droplet sizes of 10 to 50 micro metres are used. With the gradual expansion of development work, in the coming days, more such Anti Smog Guns shall be introduced at the sites. The environment department of DMRC is carrying out regular inspections in order to ensure that the ASGs are regularly used by the contractors at the sites.

Traditionally, according to DMRC, Anti Smog Guns have been used at coal and cement manufacturing sites across the world. In November 2016, Delhi Metro became possibly the first construction firm in the NCR to use ASGs at its sites as a pilot project. On the basis of the feedback received from ASGs’ initial use, their utilization was made mandatory in the conditions of contract for civil contractors in Delhi Metro’s fourth phase of expansion. Now, as a tool to combat pollution, the use of ASGs has been made mandatory by the Delhi government for all construction agencies in the national capital. In this regard, detailed guidelines regarding the utilization of water droplets, nozzles, etc., have also been issued.