Delhi-Meerut RRTS: India’s First Regional Rapid Transit System train set is ready, to be handed over on May 7

The Corporation said all facilities of operation and maintenance of these RRTS trainsets, at this depot, are nearing completion. 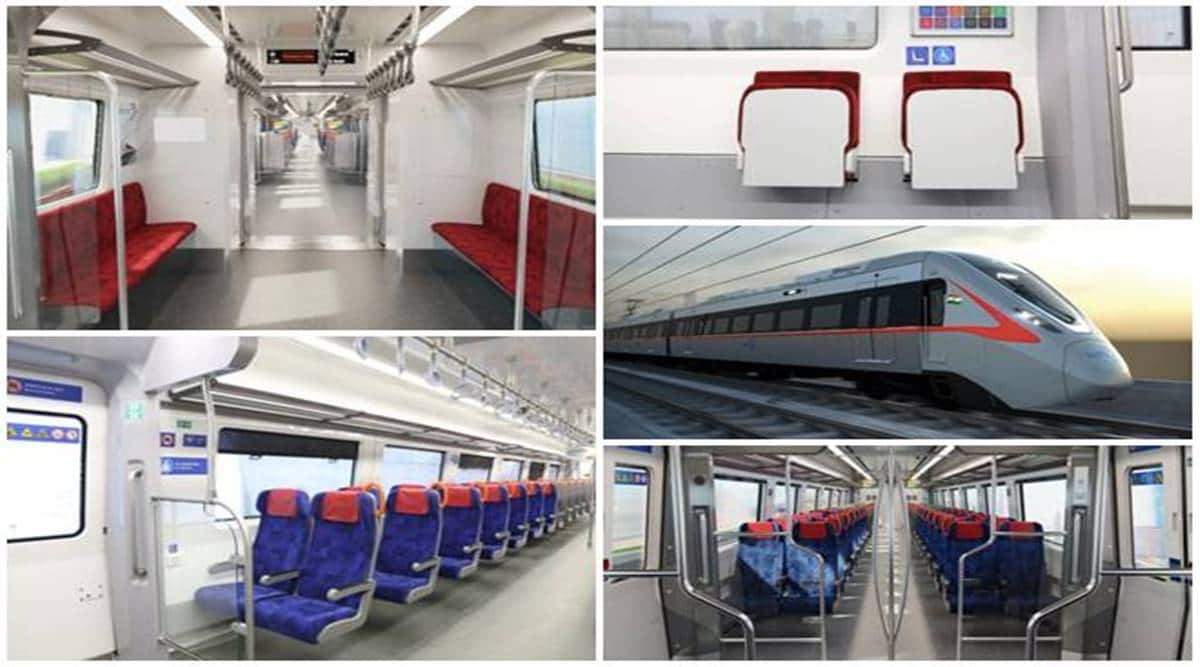 100 per cent of these state-of-the-art RRTS trainsets are being manufactured in the country at the Alstom’s factory in Savli, Gujarat, under the 'Make in India' initiative.

Delhi-Meerut RRTS: The very first trainset of India’s first Regional Rapid Transit System (RRTS) corridor is ready and it will be handed over to National Capital Region Transport Corporation on 7 May 2022. According to a statement issued by NCRTC, 100 per cent of these state-of-the-art RRTS trainsets are being manufactured in the country at the Alstom’s factory in Savli, Gujarat, under the ‘Make in India’ initiative. Once these trains are handed over to NCRTC by Alstom, the trainsets will be brought on the large trailers to the Duhai depot, which is being developed at Ghaziabad at a rapid pace for the upcoming Delhi-Ghaziabad-Meerut RRTS corridor. The Corporation said all facilities of operation and maintenance of these RRTS trainsets, at this depot, are nearing completion.

On 16 March 2022, the interiors along with the commuter-centric features of the country’s first RRTS trains were unveiled at Ghaziabad’s Duhai Depot. NCRTC claimed that these RRTS trains will be the fastest trains in the country with a design speed of 180 km per hour, operational speed of 160 km per hour and an average speed of 100 km per hour. The modern trains of the RRTS project will have ergonomically designed 2X2 transverse cushioned seating, CCTV cameras, wide standing space, luggage racks, dynamic route maps, laptop and mobile charging facility, Heating Ventilation and Air Conditioning System (HVAC), auto control ambient lighting system as well as other amenities. The RRTS trains will be air-conditioned and will have Standard and Premium class (one coach per RRTS train) along with one coach reserved only for women passengers.

According to NCRTC, the manufacturing facility of RRTS trains at Savli will be delivering 210 cars for the first RRTS corridor. This includes RRTS trainsets for operating regional transit services on the Delhi-Meerut corridor as well as for local transit services in the city of Meerut. The construction of India’s first RRTS corridor is going in full swing. After the trains’ arrival, initial trial runs are likely to commence on the priority section by this year-end. The 17 km long Sahibabad-Duhai priority section is targeted to be commissioned by the year 2023 and the full corridor by the year 2025.