The newly inaugurated ‘T’ shaped bridge spans 3.4 kilometre long and has been built at a cost of Rs 111 crore. 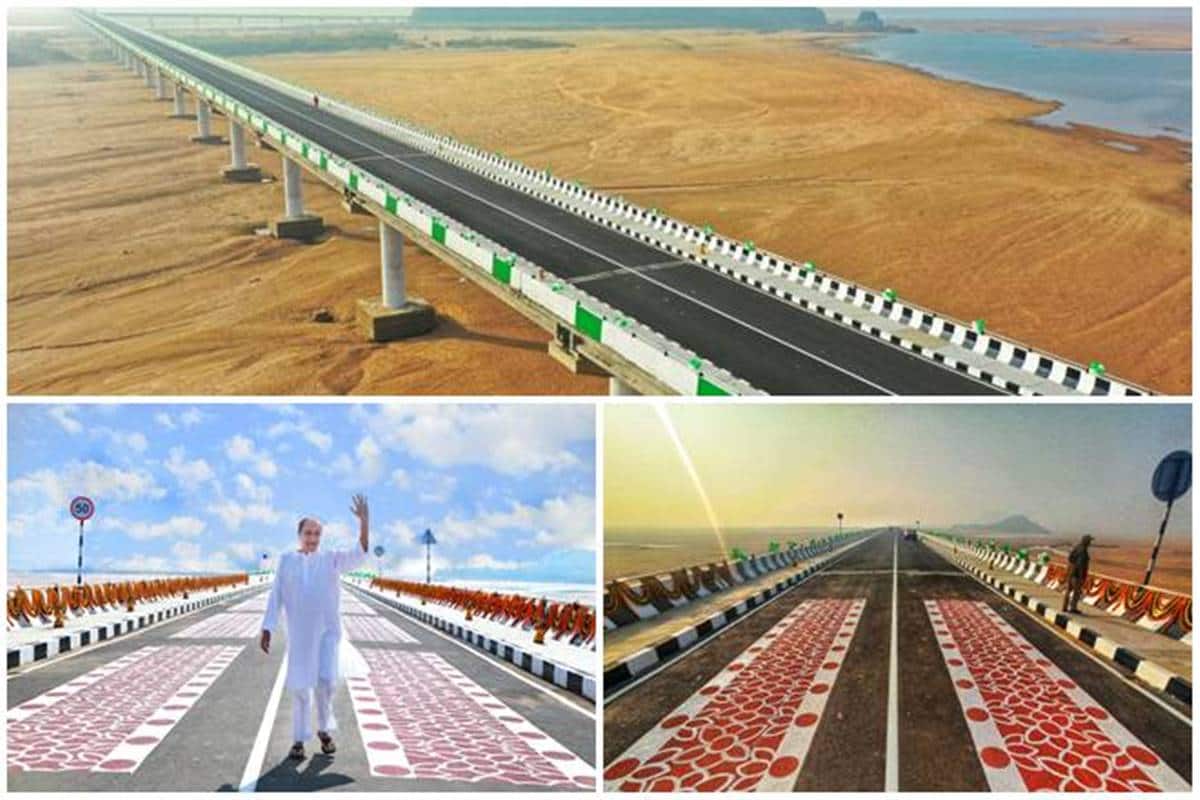 The newly inaugurated bridge will benefit over 5 lakh people as well as contribute to the development of agriculture, tourism and commerce in the region.

On Monday, Odisha CM Naveen Patnaik inaugurated the state’s longest bridge over the river Mahanadi at Gopinathpur in the city of Cuttack. It will connect Badamba Narasinghpur to Baideshwar of Banki. The bridge, which was a long-standing demand of the locals, will now shorten the distance between Badamba and Baideswhar, Banki by 45 kilometres and will also provide connectivity to Shinghanath Temple. According to the state government of Odisha, the newly inaugurated bridge will benefit over 5 lakh people as well as contribute to the development of agriculture, tourism and commerce in the region. The Odisha government also said the newly inaugurated ‘T’ shaped bridge spans 3.4 kilometre long and has been built at a cost of Rs 111 crore.

The Chief Minister had laid the foundation stone of the bridge on 28 February 2014, according to a PTI report. In July 2017, Patnaik had inaugurated Netaji Subash Chandra Bose Setu over the river Kathajodi at Trisulia, which is 2.88 kilometre long and till now held the title of Odisha’s longest bridge. The bridge connects the cities of Bhubaneswar and Cuttack via Barang, it added.

A few days ago, Nitin Gadkari- the Union Minister for Road Transport and Highways, while addressing the National Conference on Investment Opportunities in Highways, Transport and Logistics in the financial capital, has urged investors to invest boldly in India’s infrastructure sector. The ministry believes that this sector offers a diverse array of investment opportunities spanning various asset classes including Ropeways, Highways, Wayside Amenities, Multimodal Logistics Parks, Warehousing Zones and more. According to Gadkari, in the road sector, the Internal Rate of Return is very high. Thus, he further said, there is no need to worry about economic viability. The Road Transport and Highways Ministry has planned to execute infra projects worth an amount of Rs 7 lakh crore in the next two to three years, the National Conference had informed investors and other stakeholders.