The first phase of the Rs 2,000-crore greenfield airport, which would ease congestion at the Ahmedabad airport, is likely to be operational by the year 2024. 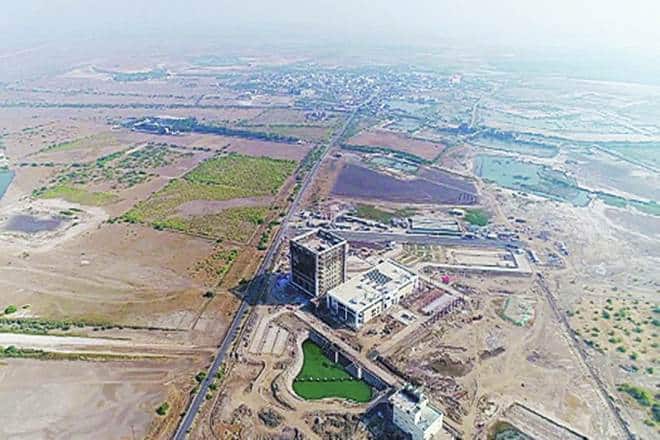 The airport project at Dholera was conceived owing to congestion at the Ahmedabad airport, which has been handling 11 mn passengers per annum, as against its capacity of 7 mn passengers.

With The Dholera International Airport Company Ltd (DIACL) deciding to fast-track it late last month, decks have been cleared for work on the Rs 2,000-crore greenfield airport project, which is a part of the Gujarat government’s Dholera Special Investment Region (Dholera SIR), located 100 km south west of Ahmedabad. The Dholera International Airport, with an annual capacity of 50 million passengers once fully operational, would decongest the saturated Ahmedabad airport, catering to the regions of Vadodara, Rajkot, Bhavnagar, Nadiad, Kheda and Anand in Gujarat.

Hurdles in the way of the project, delayed since 2012, were removed after reconstitution of DIACL’s board that saw the Airports Authority of India (AAI) picking up a majority 51% stake in the company, with the Gujarat government owning 33% stake and the National Industrial Corridor Development and Implementation Trust (NICDIT) the remaining 16%—the Dholera SIR, a greenfield city being built over an area of 922 sq km, is the largest investment node on the Delhi-Mumbai Industrial Corridor (DMIC).

Says Jai Prakash Shivhare, managing director of the Dholera Industrial City Development Ltd (DICDL), a company formed by the state government to develop the Dholera SIR, “the first phase of the airport would become operational by 2024. The runway to be built in the first phase would have the capacity to handle up to 30 million passengers per annum. A second runway would be built later, as part of the second phase of the project, having a capacity of 20 mn passengers per annum.”

The airport project at Dholera was conceived owing to congestion at the Ahmedabad airport, which has been handling 11 mn passengers per annum, as against its capacity of 7 mn passengers. With India being the world’s fastest growing aviation market, the rise in passenger traffic is only expected to accelerate in the coming years. Explains Shivhare, “one-third of the Indian diaspora abroad is from Gujarat. Settled in 129 countries, NRIs from the state visit it at least once every year. The new airport would offer them state-of-the-art services, as also those visiting the state for business and travel purposes.”

Also envisaged for the project is creation of an aviation ecosystem that includes Maintenance, Repair and Overhaul (MRO) facilities, testing runway for training institutions, and aero industries, the MD says. For the development of infrastructure at Dholera SIR including the international airport, the Gujarat government would be investing Rs 20,000 crore. To facilitate connectivity, the National Highways Authority of India (NHAI) has acquired a 120-m-wide strip extending from Dholera SIR to Ahmedabad, of which 90 m would be used for a six-lane highway and 30 m for a Metro link.