In early signs that internet-based businesses aren’t easy to scale up in the food-tech space, unless the resources are endless, Zomato Media, the restaurant search and review platform… 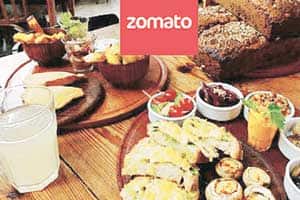 In early signs that internet-based businesses aren’t easy to scale up in the food-tech space, unless the resources are endless, Zomato Media, the restaurant search and review platform, said on Monday that it had decided to wind down ordering operations in four cities. It has been barely seven months since it set up shop in these cities — Lucknow, Kochi, Indore and Coimbatore.

Smaller businesses including TinyOwl and Spoonjoy, both food delivery apps, had fallen by the wayside early in their innings, an indication of how difficult it is to grow revenues in an environment in which customers are becoming addicted to discounts.

Even services that offer convenience are not faring too well in Tier II towns. Hyperlocal delivery service provider Grofers said in early January it was winding down operations in nine cities including Ludhiana and Bhopal. In what was their first full year of operations in 2014-15 revenues came in Rs 86.37 lakh while losses were of the order of Rs 3.9 crore.

The website of Localbanya, an online grocery store, has been pulled down. The online food delivery business in India is dominated by Foodpanda, which in early 2015 had bought out its competitors TastyKhana and JustEat.

However, the potential to survive is probably higher in the Rs 3.4 lakh crore Indian online grocery retailing space where online grocers such as Bigbasket and Snapdeal via its hyperlocal PepperTap have a strong foothold. Amazon plans to launch KiranaNow, a hybrid inventory-cum-delivery model, in February in Bengaluru.

However, food ordering and delivery players aren’t having an easy time. Pankaj Chaddah, co-founder, Zomato, said the ordering business was being shut down in the four cities because the size of the market was small right now. “We will relaunch when the time is right,” Chaddah said in a release. The company recently let go of around 10% of its workforce — about 250-300 employees — and CEO Deepinder Goyal is understood to have written a long email to the sales team alerting them on the “hard reality of the company’s growth”. The email, whose subject line read “Perspective for our sales team”, was later forwarded to all employees a mere fortnight after the mass-firing.

In the email, Goyal conceded Zomato was behind targets that it had assured investors it would achieve.

Investors in Zomato include Info Edge, Sequoia, Vy Capital and Temasek, and the company has so far raised $225 million. It had mopped up $60 million in fresh capital, largely from Singapore’s Temasek Holdings and existing investor Vy Capital, in September 2015, valuing it at close to $1 billion. The company, founded in 2008, was understood to be looking to raise a far bigger amount though there has been no subsequent infusion. The firm reported revenues of Rs 95 crore in 2014-15, more than 2.5 times that earned in the previous year. However, losses mounted to Rs 136 crore from Rs 41.39 crore in 2013-14.

The Gurgaon-based company’s largest investor, Info Edge, did not participate in the last round of fund-raising and now owns a 47% stake in Zomato.