Gurgaon-based food delivery startup Yumist shut down operations in Bengaluru on Monday within 10 months of its launch in the city. 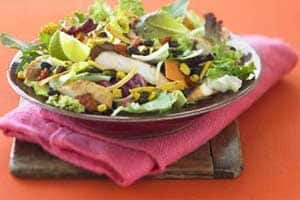 Babies do not just learn that a food is good, they learn that a specific kind of people like that food. (Reuters)

Gurgaon-based food delivery startup Yumist shut down operations in Bengaluru on Monday within 10 months of its launch in the city. However, the company said, it is expanding the operations in the Delhi-NCR region. In a blog posting the company said, “We are halting our operations in Bangalore for the time being. We have been operating out of a rental kitchen in Bangalore since our launch there in August 2015. Not owning the kitchens limit our capability to innovate on the menu and the supply chain equating to a sub-par experience, not something that we want to provide our customers at Yumist.” It further added that the company has opened a 12,000-sqft mega kitchen in NCR to cater to the growing demand in the region.

Yumist was founded by Alok Jain, former CMO at Zomato, and F&B entrepreneur Abhimanyu Maheshwari in November 2014. It was providing home-style meals to its customers prepared in company’s own kitchen, with a promise to deliver food in less than 30 minutes.

Funding slowdown has taken a toll many of the food tech companies in the last two quarters in particular. While startups like Dazo and Spoonjoy, Eatlo and Ola (Ola cafe) shut operations completely, bigger ones like Zomato had scaled down its operations in certain cities earlier this year. In the hyperlocal space, PepperTap, Flipkart’s Nearby, Ola Store and Paytm Zip have shut operations.

Many of the startups entered this segment as the margins was up to 20% on each order. While some of the companies were charging the customers for delivery, many were burning cash on the deliveries made, and discounts and offers added to the wound.

The online food ordering business in India is estimated to reach R5,000-6,000 crore by 2017, growing about 30 % month-on-month, according to a report by India Brand Equity Foundation.