Will Tata Neu end up as a walled garden or challenge neutral marketplaces?

Analysts said the neutral marketplaces offer all kinds of sellers on their platform, so the consumer has a wider choice. 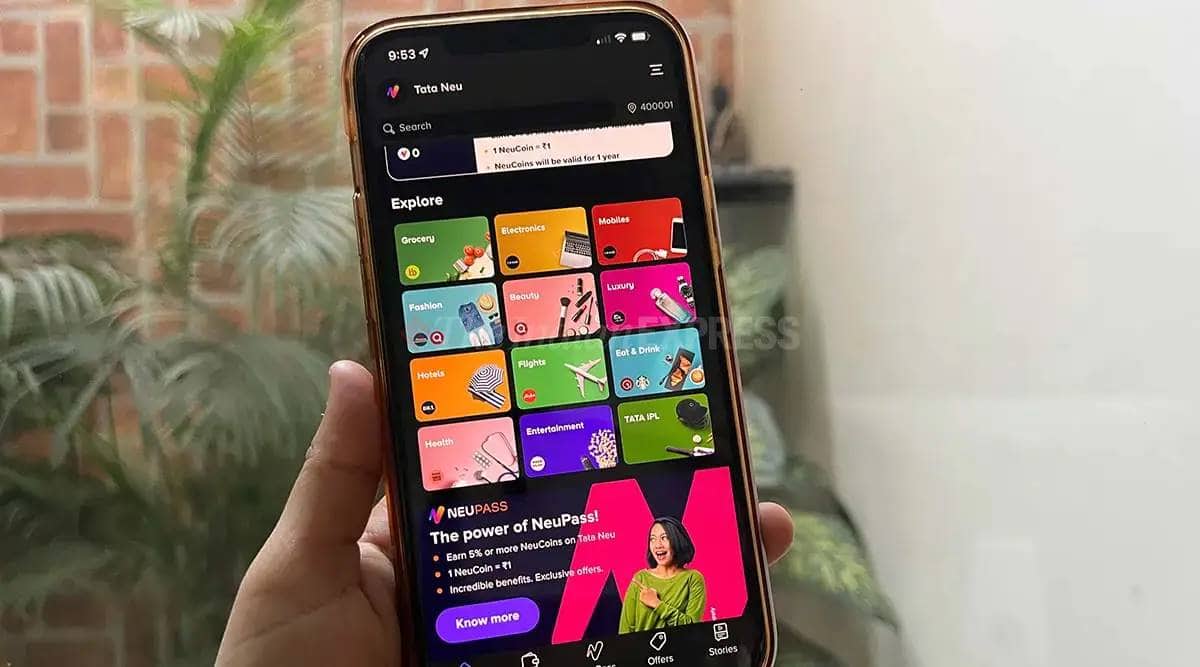 “Tatas have their own hotels. One is not sure whether a rival hotel chain would come on Tata Neu even if the platform is opened to other brands,” an analyst said. (Image credit: Express photo)

The Tata group may have stolen a march over several other corporate groups by unveiling its super app — Tata Neu — a mobile application that provides access to all the group firms’ services at one place, but the jury is still out on whether it would be able to formidably challenge neutral e-market places or remain a walled garden.

Tata Neu has a much larger footprint than other companies which have similar offerings like Bharti Airtel or Reliance Jio, but in practice the super app may not necessarily be able to provide more than what the single-user app of the latter companies offer.

Analysts feel that till the time Tata Neu is confined only to the offerings by Tata group companies ranging from fashion to finance, gadgets to groceries, hotels to health, tech to travel, and financial services like bill payments, loans and insurance, it would not be able to offer real competition to neutral marketplaces. Yes, it would certainly offer more than what, for instance Bharti Airtel’s Wynk app offers, which is confined to entertainment.

“Unlike neutral marketplaces like Amazon, Tata Neu in its current avatar is a limited one,” business and brand strategy expert Harish Bijoor pointed out. “By not yet hosting competitor brands or opening up its ecosystem beyond its own products and services, Tata Neu is probably limiting its real ability to be more holistic,” Bijoor said.

“I do believe Tata Neu is yet to be a super app,” Bijoor added. “But I am sure it shall soon be one. As of now, I see it has jumped from being a beta app for Tata employees with Tata Group product offerings, to being an app that offers Tata product and service offerings to the general public. Phase-III is when the app goes super, by offering more to all,” he said.

Analysts said the neutral marketplaces offer all kinds of sellers on their platform, so the consumer has a wider choice. Further, even if Tata Neu tomorrow allows other brands to offer their products on its platform, would a rival corporate group come on board?

“Tatas have their own hotels. One is not sure whether a rival hotel chain would come on Tata Neu even if the platform is opened to other brands,” an analyst said. “Tata Neu will offer Tata Play but even if it’s opened up at a later stage, would Bharti Airtel ever come on its platform to offer its DTH services,” the analyst asked.

The other challenge would be to align Tata Neu to the group’s e-commerce ventures like the grocery seller BigBasket. If a consumer is buying grocery, how would the company wean her to Tata Neu? The options are by offering higher discounts, cashback and similar incentives. But analysts point out that by doing so, the company may end up cannibalising one of its own brands.

Different companies would also need to work out a mechanism of who pays when redeemable points are enchashed on other brands. “If a consumer gets loyalty points from Titan which is redeemed on AirAsia flight booking, how would the two companies square off the payments among themselves is something which needs to be worked out,” a market observer said.

Discounts and return policies at offline stores and purchases through app need to be aligned to maintain consumer stickiness, analysts pointed out.

Most big-tech firms generally avoid the walled-garden approach because it restricts the brand. Facebook and Google acquired stakes in Jio Platforms but did not commit any exclusive services to consumers of Reliance Jio. In fact, Google went ahead and later also acquired a stake in Bharti.