Since 2012, only 12 investments have happened in Indian dating startups with the biggest round worth $5.90 million in 2015 in MakeMyTrip co-founder Sachin Bhatia’s Truly Madly. It competes with Tinder, Happn, Priyanka Chopra-backed Bumble, OkCupid, QuackQuack, and China’s Tantan. 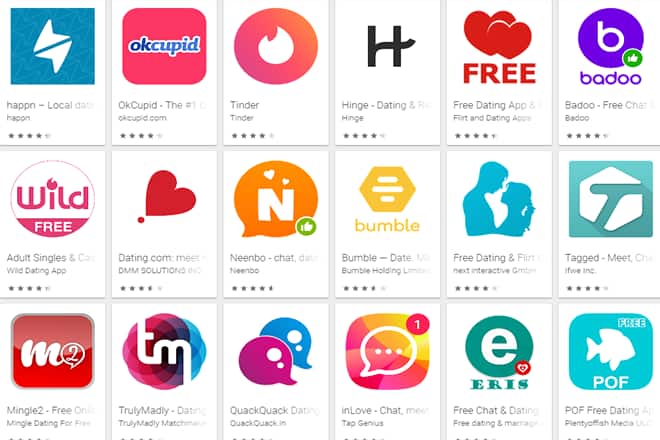 What’s the end use of a dating app? Well, there can be multiple but still, it is a very subjective thought. From those who use it to just ‘check it out’ to the ones who permanently seek temporary hook-ups, or explore online short or long distance relationships, and then there are few faithfuls who believe in finding their soulmates. But what runs across all of them as a central cause or urge though possibly sounds bit ambiguous is satisfaction. Satisfaction, right from swiping right or left till whatever you are in pursuit of in the app.

Despite a potentially large market where more than 65 per cent population is below the age of 35, which is also largely the target audience, the cupid’s arrow hasn’t struck investors for India’s dating startups. As per data from startup data research platform Tracxn, the investors in dating startups, much like their users, have only flirted with the model so far without further engagement with bigger funding rounds.

Since 2012, only 11 investments have happened in Indian dating startups with the biggest round worth $5.90 million Series A in March 2015 in MakeMyTrip co-founder Sachin Bhatia’s Truly Madly.

In India, Tinder, Truly Madly, Happn, Priyanka Chopra-backed Bumble, OkCupid, QuackQuack, and China’s Tantan (launched last year) are the leading apps in online dating segment that saw revenue of only $62 million in 2019, paling in comparison to $797 million revenue in the US in 2019. By 2023, the segment revenue is expected to grow to $77 million in India, as per statistics portal Statista. Facebook also launched its dating feature earlier this month called Secret Crush in select countries excluding India.

Dating apps lack of scalability and hence inability for investors to back them comes from the high churn rate and that’s the nature of the product. “Churn is definitely a high priority area for dating apps. Users must understand and apps should communicate it properly that dating apps require patience from a majority of the users for meaningful matches, which is in contrast to the current expectation of instant gratification,” Managing Partner at Orios Venture Partners Anup Jain told Financial Express Online.

The online dating user base in India in 2019 stands at just 39.6 million that is expected to grow 45.9 million by 2023. By age, 52.5 per cent of the user base was 25-35 years of age in 2017, as per Statista. Users look for immediate matches and interaction with them and use the app as long as chats are going on, or they see many matches with a hope that they can find somebody for companionship.

“Churn is the nature of the product. Users intent is of causal relationships, friendships or just exploring. Existing dating platforms are mostly free to use even as the industry sees a high uninstall rate of over 80 per cent by Week 1. Maintaining a 20 per cent retention by Week 1 and 10 per cent by Week 4 is a hard challenge for the industry. This is a fluctuating need (not a daily need) that leads to high churn rate,” Pawan Gupta, Cofounder, and CEO, Betterhalf.ai told Financial Express Online.

Betterhalf.ai, however, unlike dating startups is an artificial intelligence-led partner search platform focusing on users in the age group of 27 to 38 to get married. Launched in December 2018, Betterhalf has crossed 100K users at 100 per cent month-on-month growth and expects 1 million user base over the next 15 months, claimed Gupta. The startup secured $500,000 in a seed round in October last year.

Where is the Money

High churn rate consequently has made monetisation tough for dating startups. Overall, the trend is that the ones who are unable to find partners and willing to stick around are usually the ones who end up paying for premium features.

Since there is hardly any offline component with these apps, the unit economics are fairly straightforward for dating apps. Revenue comes from whatever paid users are there along with advertising in some cases while direct costs are primarily server related and user acquisition.

“Monetization has been a big question mark for dating apps. There are very few paid users to speak about and hence the transition from free to paid is yet to be tested. Other models of monetization need to be worked on including ad revenues. India being a very value-conscious market, most apps haven’t been able to monetize properly,” Karthik Prabhakar, Executive Director, Chiratae Ventures (formerly IDG Ventures India) told Financial Express Online.

Chiratae Ventures had backed dating app iCrushiFlush with $470,000 in July 2015 and exited from it late last year with “a profitable return on investment,” added Prabhakar without disclosing the amount.

Let’s say the blended cost to acquire a user is $1 (80 per cent males and 20 per cent females). So, for 1 million users, the company would have spent $1 million. Now let’s see how revenue works across three cases:

Similarly, in the best case scenario where freemium to paid conversion is 8 per cent at an average revenue of $10 per user, then revenue from at least 80,000 paid users X $10 revenue per paid user would lead to $800,000. So, even in the best case, the company is not profitable.

Nonetheless spending $1 million in user acquisition seems fine. “Acquiring females at less than $1 and males at less than $0.5 is quite okay. The catch here is that the need is not strong enough to pay when users have a choice of multiple other free apps that practically they can use forever,” Gupta.

For dating startups to emerge further, the need to build a sustainable engagement platform beyond just the dating/match-making element of the app which can over a longer time increase engagement and organic growth.

The stickiness in addition to the changes to the socio-cultural shift happening across the country can help dating Apps grow though it comes at a cost of “increased competition of a variety of apps, fight for screen-time of the audience is expensive,” said Prabhakar.