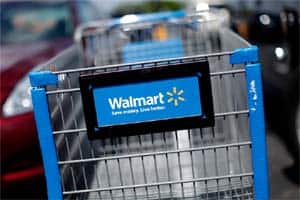 Retail giant Walmart is planning to open 15 cash-and-carry stores in Andhra Pradesh in the next five years, the state government said today.

This was stated by President and CEO of Walmart India Krishna Iyer during a meeting with Chief Minister N Chandrababu Naidu here.

This followed Naidu’s meeting with David Cheesewright, President and CEO of Walmart International, at the World Economic Forum in Davos last month, a government release said.

Iyer informed the Chief Minister that Cheesewright had asked him to meet Naidu and unveil Walmart India’s plans for Andhra Pradesh. Iyer thanked Naidu for introducing the single- desk policy and 21-day clearance plan and said it will make the investment environment conducive in the state.

“He said Walmart is planning to open 15 cash-and-carry stores in the next 5 years. The company currently had three stores in Andhra Pradesh – in Vijayawada, Guntur and Rajahmundry,” the release said.

Iyer said the US-headquartered company’s plan is to have wholesale stores in every district. He added that Walmart is also keen on investing in social and rural entrepreneurship through Corporate Social Responsibility (CSR).

Stating that the company wants to focus on creating women leaders, Iyer said they intend to build skills of self- help group women in the State.

Responding to Iyer’s plans, the Chief Minister said Walmart could also explore setting up of cold-chain facilities and work on backward integration of agriculture.

Explaining the state’s strength in farm sector, the Chief Minister told Iyer that the company could choose 20-30 agriculture commodities which the state tops in and market them through Walmart, according to the release.

“You can focus on value addition and marketing while the government will work on the processes,” the CM told Iyer.

“Given that Walmart is the world leader in retail, you can suggest the best practices the company incorporates in different countries which we can implement locally, in our state,” the Chief Minister said.

On social and rural entrepreneurship, Naidu said Walmart could identify products made by self-help group women and brand and market them through the company.