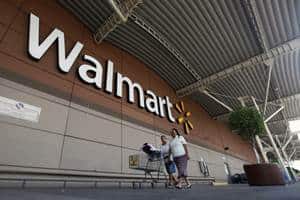 “Walmart is showing lot of interest. Now we are hoping that they will come on their own and they will add to the growth story of this country,” Food Processing Secretary A K Srivastava said while briefing reporters about the investments in the sector in the last two years.

He also said that a leading Brazilian poultry company has expressed keen interest in joining hands with Kishore Biyani’s Future Group to sell their products in the country.

“A Brazilian company claiming to be world’s leading exporter in poultry sector met us yesterday. They want to tie up with Biyani’s Future Group to use their retail outlets,” he added.

However, when contacted, a Future Group spokesperson said there is no such development.

To give a boost and attract foreign investments in the sector, the government recently permitted 100 per cent FDI in retailing of processed food produced and manufactured in India.

The US-based Walmart is present in the cash-and-carry retail format in the country.

Next Story
Snapdeal shuts Exclusively.com, integrates with itself