Vodafone, Airtel fined most for tariff and MNP rules violations

Telecom operator Vodafone and Bharti Airtel has been fined the for rules violation. 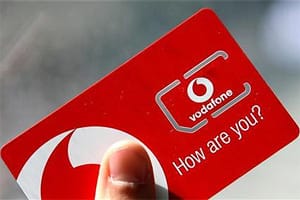 Telecom operator Vodafone has been fined the most for tariff rule violations till date, while Bharti Airtel has been penalised the maximum amount for breaching mobile number portability norms.

Country’s second largest telecom operator Vodafone has been penalised over Rs 6 lakhs for charging customers on new tariff without informing regulator Telecom Regulator Authority of India (TRAI) in time, as per details presented in a written reply to a Rajya Sabha question.

“The Telecommunication Tariff order provides that all tariffs are to be reported to TRAI within 7 working days from the date of implementation. It also provides for financial disincentive of Rs 5,000 per day for each day delay subject to a maximum of Rs 2 lakhs,” Telecom Minister Ravi Shankar Prasad said in the Rajya Sabha.

With regard to mobile number portability, which allows subscribers to change their service providers while retaining the same number, all the telecom operators, except state-run firms BSNL and MTNL, have been found to have violated rules.

The maximum penalty for contravention of MNP regulation has been imposed on Airtel (Rs 4.6 crore), followed by Aircel (Rs 1.57 crore).
Incidentally, Airtel, Vodafone and Idea Cellular are among the biggest gainers of MNP regime in terms adding new subscribers from other operators.

Idea’s net gain of subscribers at the end of October 2014 stood at over 1.25 crore, Vodafone 1.04 crore, Airtel 50 lakh and Reliance Telecom over 3.84 lakh, as per the data released earlier.

Separately, around 13 companies have been penalised for violation of telemarketing call and SMS rules.

“TRAI has imposed financial disincentives on 13 companies for over Rs 27 crore. The amount outstanding as of now is over Rs 19 crore. The outstanding is because of various representations from the telecom service providers,” Prasad said.

Penalties of over Rs 6.5 crore have been imposed on telecom operators for providing below standard quality of service. The name of telecom service providers were not disclosed in the reply.