Vladimir Putin to quit G20 summit after rebukes over Ukraine 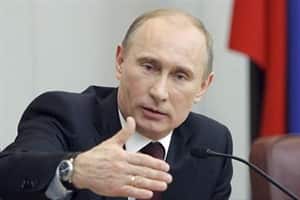 Putin spent Thursday and Friday in St. Petersburg, his home town, hosting the president of the European Commission, the Italian prime minister and chief executives of the world's biggest companies. (Reuters)

Russian President Vladimir Putin is to walk out of a G20 summit in Australia, an aide said today, after he faced scorn and scepticism from Western leaders over Ukraine despite venturing to paper over Europe’s deepest chill in relations since the Cold War.

The abrupt decision threatens to upend the annual summit’s focus on revamping the global economy and fixing sores such as the Ebola epidemic in west Africa.

“The programme of the second day (Sunday) is changing, it’s being cut short,” a source in the Russian delegation told AFP on condition of anonymity.

Putin will attend summit sessions tomorrow but will skip an official lunch and address reporters earlier than planned, the source said, adding: “Lunch is more of an entertainment.”

The Group of 20 nations, which includes the United States and China, found agreement in vowing to “extinguish” the Ebola outbreak — albeit without any promise of hard cash — as it worked to reboot growth in the world economy after the shock of the 2008 financial crisis.

But Ukraine represents the most pressing test of the club’s ability to marry its economic heft to diplomatic troubleshooting, given the Cold War-style divisions between Russia and the West exposed by the former Soviet satellite’s separatist crisis.

There was no immediate comment from the G20’s Australian hosts or other delegations such as US President Barack Obama’s to Putin’s decision, which came after some testy exchanges in Brisbane today.

Canadian Prime Minister Stephen Harper was approached by Putin to shake hands. Harper said, according to Canadian media: “Well, I guess I’ll shake your hand, but I only have one thing to say to you: you need to get out of Ukraine.”

Before his own tense meeting with Putin on the G20 sidelines, British Prime Minister David Cameron said Russia faced a choice, with one option to implement an agreement to allow stability to return to Ukraine free of Moscow’s meddling.

“It’s important to warn of the dangers if Russia continues to head in the other direction,” Cameron said, bluntly warning that Putin had failed to serve Russia’s own interests by exposing it to punishing Western sanctions.

“If that path continues and if that destabilisation gets worse, the rest of the world, Europe, America, Britain, will have no choice but to take further action in terms of sanctions,” he said.

G20 host Tony Abbott went into a week of Asia-Pacific summitry vowing to confront Putin, particularly over the downing of a Malaysia Airlines passenger jet over Ukraine in July.