An agitated and angry Vijay Mallya on Tuesday evaded media queries on his stepping down as chairman of United Spirits (USL), as sought by the USL board. 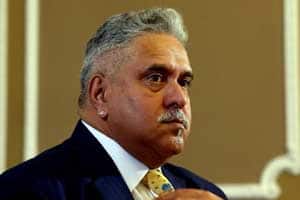 An agitated and angry Vijay Mallya on Tuesday evaded media queries on his stepping down as chairman of United Spirits (USL), as sought by the USL board. Mallya refused to make a specific statement on the subject, saying merely that he was not prepared to retire from the board.

“Why should I respond to media reports? It’s a figment of someone’s imagination and the whole media piles on to it and asks multiple questions. I have nothing to say on this,” Mallya said on the sidelines of the company’s 16th annual general meeting.

Mallya said he was in talks with banks to settle dues of the defunct Kingfisher Airlines though he did not spell out how exactly R8,000 crore of loans would be repaid. Early last week, FE reported that the State Bank of India had declared him a wilful defaulter. “I am focusing on settling Kingfisher’s affairs with the banks,” Mallya told reporters, refusing to specify whether he would further reduce his stake in USL to repay Kingfisher Airlines’ dues. Mallya, through his group firms, holds a 4.07% stake in USL valued over R2,000 crore, while British liquor giant Diageo holds a majority 54.78%.

In April, the USL board had asked Mallya to step down following an audit — a PwC forensic audit into the company’s books had found “impropriety and violations” regarding transactions of close to Rs 2,000 crore — and citing loss of confidence. Diageo said in an announcement then it had received three different reports from USL that talked about various alleged irregular financial transactions involving the company’s non-executive chairman Mallya, UB Group entities and various other corporate as well as individual entities. “Diageo notes the recommendation of the USL board and will now consider its position under its agreements with Mallya and United Breweries Holdings (UBHL) in the light of the inquiry report and materials provided to it,” Diageo had said in a statement from London.

However, Mallya refused to resign from the board, stating that he would pursue contractual obligations with Diageo. In its 2015 annual report, USL noted the company has contractual obligations to support Mallya’s interest in the company as a non-executive director and chairman of the company, subject to certain conditions. “In the event that Mallya declines to step down, the board resolved to request Diageo to expeditiously review the position in relation to its contractual obligations and authorized sharing with Diageo a copy of the inquiry report and all the materials relating to the company’s inquiry,” USL said in its annual report. Diageo and Mallya had entered into an agreement in 2012 before Mallya sold the major portion of his stake to Diageo. The details of their contractual agreement have not been disclosed.

Shareholders who attended the hour-long AGM at UB City on Tuesday were miffed at the company not declaring a dividend for FY15. USL has emerged as the second largest spirits company in the world with over 117 million cases produced and sold annually and the largest portfolio of 140 brands. With an annual revenues of Rs 8,353 crore, the company has contributed over Rs 35,000 crore to the exchequer in duties in FY15.

During 2014-15, McDowell’s No. 1 whisky emerged as the largest alcohol spirits brand both in terms of volume and value with sales of 24.1 million cases, which grew over 8% last year. It is being relaunched with “stunning new packaging”, Mallya said. The company also relaunched Royal Challenge whisky with fresh packaging and a new communication strategy. “This relaunch met with considerable success with both volume and value and the brand has grown by 24% over the last year,” he said.

Vijay Mallya declined rumours of an early retirement. “At 60, normally people think of retiring and enjoy life. I am also thinking of retiring and enjoy life. There is nothing wrong in that,” Mallya said. He also expressed apology for the delay in holding the AGM of the company due to government probe. Responding to shareholders’ demand for a dividend, Mallya said it would follow this year. The company has not paid dividend for three years.

More than 200 shareholders present at the AGM voted on seven resolutions that included adoption of annual accounts for FY15 and reappointment of Ravi Rajagopal as director. They also voted for appointment of Nicholas Bodo Blazquez as director and appointment of Rajeev Gupta and Mahendra Kumar Sharma as independent directors. Mallya announced Blazquez will be the new vice-chairman of the company.