Vijay Mallya, in his affidavit to Supreme Court, said the funds were transferred to his three children within two days of the receipt 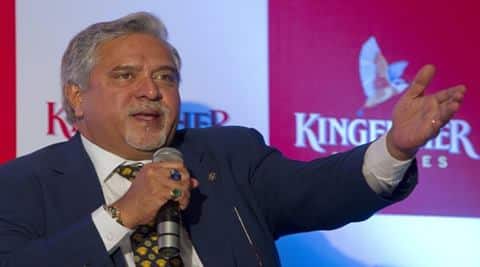 Vijay Mallya had received the payment from Diageo Plc following his resignation as chairman of United Spirits. (Reuters)

Beleaguered United Breweries chairman Vijay Mallya has informed the Supreme Court that the $40 million, which he had received in February this year from London-based liquor major Diageo under a $75-million payout package, was transferred to his three children through gift settlements within two days of the receipt.

Mallya in its affidavit submitted before the apex court said that while his three children – Siddharth, Leena and Tanya – are US citizens and sole beneficiaries of the three trusts, he is neither the settlor nor the trustee or beneficiary of any of the trusts and has no control over the trusts or the manner in which the respective corpuses of each of them is utilised.

“However, the respective corpuses as they stood on March 31, 2016 have been included in the statements of the assests of the three children handed over to the apex court on April 26,” he said.

Mallya had received the payment from Diageo Plc following his resignation as chairman of United Spirits.

Giving details about his assets, he disclosed that he has immovable properties and bank deposits worth Rs 725 crore, unpledged shares and pledged shares having market value of over Rs 3,737 crore and Rs 2167.86 crore, respectively. Out of the disclosed assets, around Rs 4,234.84 crore are under provisional attachment. Mallya had pegged domestic assets at Rs 2,014.60 crore and overseas assets worth Rs 780 crore.

The response came pursuant to the SC last month giving the UB chairman one more chance to give complete details of his overseas assets till date, particularly receipt of $40 million which he had received from Diageo Plc on February 25.

A consortium of 17 banks led by SBI is seeking recovery of over Rs 9,000 crore dues from the now-defunct Kingfisher Airlines.

The consortium has accused Mallya of deliberately not making full disclosure of his assets. In April, the top court had directed Mallya to disclose all assets held by him and his family, after a consortium of creditors rejected his offer to repay Rs 4,000 crore to settle the debts of the grounded Kingfisher Airlines (KAL).

Reiterating that there is no contempt of the apex court’s April 26 order, Mallya in his response said that the SBI-led consortium of banks’ contempt application is not maintainable as it lacks bonafides.

He further said that the consortium cannot proceed with any proceedings against Kingfisher Airline (KFA), the principal borrower, without the Karnataka High Court’s permission as it had on November 16 ordered winding up of the defunct airline. Now that KFA is in liquidation, its the company only (if at all) and not its sharholders, promoters or directors who are liable to the consortium, the liquor baron stated.

Mallya said that he has been singled out and “has been made the ubiquitous poster boy of NPAs in India,” when the reality is that there are innumerable entities/industrial houses in the country that owe a significantly higher quantum of money to the banking system.

According to the affidavit, the whole issue is being politicised and subjected to the media trial, fodder for which has been supplied by the government and the banks. The bench headed by Justice Kurian Joseph on Thursday asked the banks consortium to respond to the reply filed by Mallya and posted the matter for hearing on December 15.