Indian IT industry body Nasscom today shrugged off pre-election political commentary in the US around work visas, but expressed concern over “discriminatory approaches” of the American authorities. 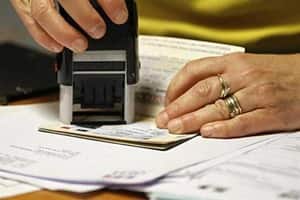 Indian IT industry body Nasscom today shrugged off pre-election political commentary in the US around work visas, but expressed concern over “discriminatory approaches” of the American authorities.

Republican presidential candidate Donald Trump has sounded death knell to the H-1B visas by proposing to raise the minimum wage for this most-popular work visa for Indian technology professionals.

“What we have to see on every side is not rhetoric but actions…In this case, the actions which have already been taken, have been discriminatory and are causing injury to the industry and imposing costs,” Nasscom President R Chandrashekhar said referring to the US’ plan to hike the fees for work visas.

“We believe that the US actions are discriminatory and single out the Indian industry for the impact of those measures…even though the Indian companies were not named as such, it was clear that the entire impact was only and solely on Indian companies,” he said.

This was the reason, he said, why the industry sought the Indian government’s intervention on the matter, and moved the WTO for remedial action.

“Even as the heat of the elections starts reaching its peak, people are looking beyond that…people are looking at all the logical imperatives namely the shortage of skills in the US and the need for corporate America to remain competitive,” he said.

Chandrashekhar added that the industry should wait for “this phase to be over” as “it comes up every time there is an election”.

“Right now, I won’t say that there is a major cause for concern…the number of visas has remained what it was, the cap has not changed,” he said.

Next Story
Banks to confiscate security in case of loan default