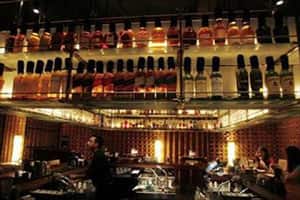 Crisis-ridden United Spirits today said its networth has eroded by more than 50 per cent of its peak networth due to a host of reasons, including provisions on advances to its erstwhile promoter group firm United Breweries (Holdings) Ltd.

United Spirits (USL) has called an Extraordinary General Meeting of its shareholders on January 22, 2016.

In a notice for EGM, USL said, “The company shall report to the Board for Industrial and Financial Reconstruction (BIFR) of the fact that the accumulated losses of the company as on March 31, 2015, have resulted in erosion of more than fifty per cent of its peak networth during the immediately preceding four financial years.”

It further said: “This extraordinary general meeting is being convened to consider and approve the enclosed report of the Board of Directors on such erosion and its causes, and the measures being taken as per the relevant provisions of SICA (Sick Industrial Companies (Special Provisions) Act, 1985), and also to approve the reporting of such erosion to BIFR in terms of Section 23 of SICA.”

United spirits said two main reasons for accumulated losses are “diminution in the value of long-term investments in subsidiaries and loans and advances to subsidiaries due to low capacity utilisation, negative margins, or strategic shift in business (Rs 716.16 crore)” and “provision on advances to United Breweries (Holdings) Ltd (Rs 995.45 crore)”.

The company said total provisioning amount of Rs 2,082.39 crore “is mainly due to exceptional factors and does not reflect upon the long term prospects of the company.”

USL said it has generated cash profits during six months ended September 30, 2015, and it is taking steps, including entering into certain agreements and/or arrangements with certain overseas subsidiary companies of Diageo Plc for manufacture and sale of certain key brands, to improve its financial health.

“These agreements/arrangements allow the company to gain a diverse, global product portfolio, additional sales revenue and improve the company’s standing in the market. The benefits have been evidenced by our improved profitability declared in the previous two quarters ended June 30, 2015 and September 30, 2015,” it added.

In April last year alleging fund diversion to Kingfisher and other UB group entities, Diageo-owned United Spirits had asked its erstwhile promoter and current chairman Vijay Mallya to quit the board, even as the liquor baron outright rejected the demand and the charge.

The board of United Spirits Limited (USL), in which Diageo has bought a controlling 55 per cent stake for about USD 3 billion, asked Mallya to step down after “various improprieties and legal violations” were found in a probe into loans worth Rs 1,337 crore given by USL to UB Group firms.