More than 100 listed companies, including United Spirits Ltd and long-grounded Kingfisher Airlines, have been slapped penalties for violating the Listing Agreement provisions set forth by Sebi and exchanges. 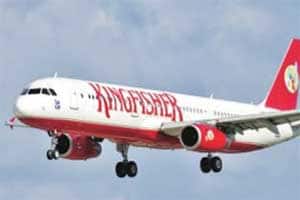 More than 100 listed companies, including United Spirits Ltd and long-grounded Kingfisher Airlines, have been slapped penalties for violating the Listing Agreement provisions set forth by Sebi and exchanges.

Another UB Group firm UB Engineering has been found to be repeatedly violating the norms relating to submission of financial results, among other violations.

Among others, NSE has also found companies like Zylog Systems, Birla Power, Rajesh Exports, Tulip Telecom, Varun Industries and Bharati Shipyard to be non-compliant to one or more provisions of the Listing Agreement norms.

BSE has also imposed penalties on 127 companies, including Scooters India and Dhanlaxmi Bank for late submission of corporate governance report for the June quarter, while another 112 firms have been penalised for non-submission.

Besides, 85 companies have been fined for late-submission of shareholding pattern for June quarter and these include Dhanlaxmi Bank and MOIL, while 46 others have been penalised for non-submission.

There are many companies which have been found to be non-compliant on multiple counts and by both the exchanges.

In a stern warning on non-compliance of rules by listed firms, regulator Sebi Chairman U K Sinha recently said the promoters must face the penal action first and the trading suspension or delisting would be the last resort so as to safeguard the interest of investors.

In 2013, Sebi came out with a new set of guidelines under which for violation of listing norms, the exchanges have been asked to follow a Standard Operating Procedure for the actions to be taken. Suspension is the last option.

Explaining this, the Sebi chief said in an interview to PTI that the first stage of any penal action must be to “hurt the promoter financially”.

“Therefore, we have provided under this SOP that you (promoter) cannot get your dividend. We put a ban on the promoter’s economic interest. He cannot get dividend and he cannot sell shares.

“Then we impose penalty on promoters, then on the management and after a series of other actions, ultimately comes the suspension,” Sinha said.