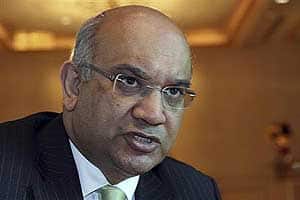 The key area of concern highlighted by the report is the government’s plans to introduce exit checks at British ports.

Vaz said MPs had been assured that, by April 2015, a new system of “departure lists” would be in place for all passengers leaving the UK but the report says this “no longer looks likely”.

It follows more than a decade of problems and delays in the “e-borders” project, a scheme devised by the Labour government in 2003 to count everyone in and out of the UK by collecting advanced passenger information.

“Successive governments have spent millions of pounds of taxpayers’ money on the botched e-borders programme.

Everyone who enters and leaves Britain must be counted in and out,” he added.

In its report on the immigration directorates formed when the UK Border Agency was split into two parts, the committee criticised the Home Office over the target to reduce net migration to fewer than 100,000.

It said this was “too blunt” and “unwieldy”.

The report said: “No government of whatever political formation can control the number of people who voluntarily wish to leave the country.

“This raises questions about future immigration policy. An arbitrary target set by ministers, however well-intentioned, only serves to reduce public confidence in the ability of any government to deliver a future pledge on immigration.”

Last month, UK home secretary Theresa May acknowledged the target was “unlikely to be met” before the general election.

The committee also attacked the Home Office for “poor record-keeping” over foreign nationals convicted of a criminal offence.

“The public simply cannot understand why people convicted of a criminal offence in our country who are of different nationality are either still in the UK in prison and have not been sent back to their home country, or are at large in the community,” Vaz said.

However, UK immigration minister James Brokenshire said the government was building an immigration system which was “fair” to UK citizens and legitimate migrants, and “tough on those who flout the law”.

The minister said “comprehensive” exit checks would be in place by April, and that they would “increase security and target migration abuse”.

He claimed there were 50,000 fewer migrants coming to the country from outside the EU than there were in 2010.