Uber to mentor start-ups in India

Uber’s announcement comes a week ahead of the Indian governments scheduled ”Start-up India” event where about 40 global chief executives are expected to address start-ups in the country. 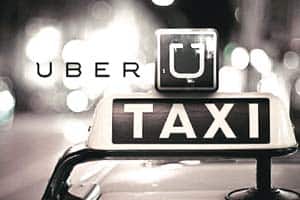 Taxi-hailing app Uber Technologies has partnered with Invest India, to mentor start-ups in India, as the US-based company hopes to help local entrepreneurs to reach global scale as the country aims to become a global start-up hub. Invest India, is the official agency dedicated to promotion and facilitation of investments into the country.

As part of the plans, the company has launched UberExchange, a program to mentor entrepreneurs on start-up issues including fund raising, product design, engineering and scaling up their businesses.
Uber will organise over next 12-months, series of six leadership talks by senior executives, including from its headquarters in San Francisco, the company said in a blog post on Wednesday. At end of the mentorship series, Uber will fly 10 startups to San Francisco, where it plans to introduce them to “global investors, fellow entrepreneurs and the team at Uber,” the blog post read.

Uber’s announcement comes a week ahead of the Indian governments scheduled ”Start-up India” event where about 40 global chief executives are expected to address start-ups in the country. Uber’s co-founder and chief executive Travis Kalanick is one of the speakers at that event scheduled to be held in New Delhi, on January 16.

Today more and more people aspire to be entrepreneurs and build something themselves. It’s why Prime Minister Modi’s start-up India initiative is so important–and why we’re excited to share our experience with hundreds of startups and entrepreneurs as they begin their journey,” Kalanick wrote in that blog post.

Uber Technologies, owns and operates Uber, a taxi hailing smartphone app that has resolved the urban transportation problems with a combination of technologies. The company is now one of the most valued start-ups and is valued at over $62.5 billion as of the last round of funding. Founded in San Francisco, India is its second-biggest market after its home country in terms of the number of cities it operates.