Uber has been banned in Delhi, adding to bans or legal action in several countries including Spain, Thailand and the US. 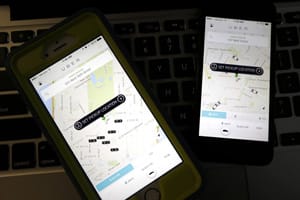 A co-founder of GrabTaxi, Uber’s biggest competitor in Southeast Asia, remarked earlier this year that safety is so central to the online taxi booking business that some of his drivers feel like they are tracked at every moment – even when they go to the bathroom.

The Malaysian company and Brazil-based rival Easy Taxi made headlines over the past year by attracting over $400 million in investment. But a rape accusation against an Uber driver in New Delhi has thrown taxi apps under a different spotlight.

Uber has since been banned in the Indian capital, adding to bans or legal action in several countries including Spain, Thailand and the United States. Authorities’ common complaint is that Uber’s service includes private vehicle owners, which contrasts with GrabTaxi and Easy Taxi

Both use licenced taxi drivers, which helps their strategy to market themselves as safe for women in cities such as Jakarta. The transportation system in the Indonesian capital is among the region’s most dangerous for women, according to a survey by the Thomson Reuters Foundation.

With safety at the centre of their marketing strategy, the rape allegation against the Uber driver in India could threaten the image of these firms, whose investors include Japan’s SoftBank Corp and other international names.

“Women are our target audience,” said Nguyen Tuan Anh, general manager at GrabTaxi in Vietnam. The majority of the company’s passengers are women – as much as 70 percent in the Philippines.

GrabTaxi said it only works with drivers of taxi firms that check identity documents, driving licences and criminal records. It asks drivers to resubmit those documents upon signing up, and confirms that applicants are still contracted to taxi firms.

“Its drivers are all from known taxi brands so I don’t have to worry about safety,” said banker Bui Thi Thu Trang. The 30-year-old said she uses GrabTaxi frequently in Hanoi and has enjoyed numerous discounts and offers, which include vouchers for make-up from Shiseido Co Ltd.

Representatives from Uber in Vietnam did not respond to repeated requests for comment for this article. An Uber spokesman in Singapore did not provide comment.

GrabTaxi and Easy Taxi typically provide driver details such as photograph and phone number. GrabTaxi also allows passengers to “share” their trips online so family and friends can track their location. On both apps, pick-up points are chosen by the user.

“If it is late at night, without apps like this you’ve got to go on the street,” said Joon Chan, regional managing director for Easy Taxi, southeast Asia. Easy Taxi’s driver screening includes testing patience and cordiality, Chan said.

“I use taxis a lot in Singapore as well, but I hardly ever check” whether the driver matches the photo, he said. “When you finally check it … you are already sitting in the taxi.”

GrabTaxi, co-founded by Anthony Tan in 2012, reported a six-fold jump in users over the past year to about 500,000. It estimated 3 bookings are made through its app every second across Southeast Asia.

“Passengers in Thailand, Philippines, Malaysia – the big problem is safety,” Tan said in an interview with Reuters in May discussing GrabTaxi’s ride-tracking function.

Tan said one driver talked to him about safety features such as drivers’ photos and details. “‘My face is there in the cloud, tracking me all the way,’” Tan quoted the driver as telling him. “‘The cloud knows I’m going to the toilet, it’s staring at me.’”