The case stems from the demand for payment of tax at the rate of 15% on the remittance of Rs 19,415 crore to its non-resident shareholders in the US and Mauritius, against buyback of 94 lakh of its equity shares in May 2016. 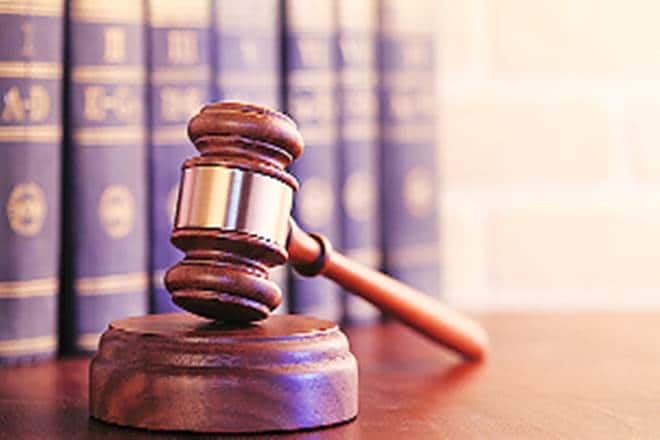 The I-T department has also alleged that Cognizant had evaded DDT on some transactions the Indian entity has made while buying shares of the company from the Mauritius and US companies of Cognizant.

A single judge bench of the Madras High Court on Tuesday upheld the tax demand of over `2,500 crore as dividend distribution tax (DDT) raised by the income-tax department on the IT company Cognizant Technology Solutions (CTS) on account of share buy back undertaken by it.

The case stems from the demand for payment of tax at the rate of 15% on the remittance of Rs 19,415 crore to its non-resident shareholders in the US and Mauritius, against buyback of 94 lakh of its equity shares in May 2016.

Rejecting the appeal by the company against the department’s demand as not maintainable at this point, Justice K Kalyanasundaram directed the company to exhaust all other available legal remedies, including moving the appellate authority, before approaching the high court.

The court had in April 2018, granted interim relief to CTS by staying the operation of the demand notice on the condition that it should deposit 15% of the disputed amount in a suspense account with the department while providing security for the rest of the amount.

The company, however, submitted that, it had remitted capital gains tax of `898.01 crore to the I-T department by way of deduction of tax at source for having remitted `19,415 crore to its non-resident shareholders, through a scheme approved by high court in 2016 for buyback of shares. In these circumstances, the company argued that it was not liable to pay any more tax.

The department, however, argued that the buy-back of shares under Section 391 of the Indian Companies Act is nothing but the distribution of accumulated profit and it has to be treated as dividend under Section 2(22)(d) of the Act and dividend distribution tax at 15% is required to be paid by the company under Section 115O of the Act. Though the petitioner deposited a sum of `898.01 crore by way of withholding tax, it has not deposited the remaining tax to the extent of Rs 2,500 crore.

The department also refuted the argument submitting that the company had framed a scheme for buyback because the number of shares was more than the limit allowed under Section 77A of the Companies Act 1956. If the shares had been bought under Section 77A, then the company should have paid tax at the rate of 20%.

The I-T department has also alleged that Cognizant had evaded DDT on some transactions the Indian entity has made while buying shares of the company from the Mauritius and US companies of Cognizant. These companies held 54% and 46% shares, respectively, in Cognizant Technology Solutions India and the shares were sold at an inflated valuation, it alleged. As per the department, DDT has to be paid on any distribution, or reduction of capital, to the extent of accumulated profits defined as dividends.

Also read: ITR Filing: 5 benefits of filing income tax returns you may not be aware of

“The only exception to this is the buyback under section 77A of the Companies Act and CTS (Cognizant) was not covered. Therefore CTS was required to pay DDT of more than `2,500 crore in FY17 itself but failed to pay,” according to the IT department . The company, in its argument with the Single Judge bench, said that it has executed the transactions as per the law existing during the time. The department argued that the dispute related to the assessment order has to be filed before the appellate body.

When contacted, a Cognizant spokesperson told FE in an e-mailed response: “As a result of today’s direction from the High Court, Cognizant will continue to challenge the actions of the Income Tax department. Cognizant will now appeal the High Court order to the Division bench. It continues to be Cognizant’s position that the recovery proceedings initiated by the Income Tax Department are improper and that no additional taxes are owed. Cognizant’s operations remain unaffected by this litigation, which has been going on for more than a year.”