TRAI has proposed a sharp cut of about 35 per cent for making calls and up to 80 per cent for sending messages while roaming. 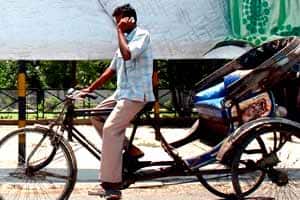 Mobile subscribers can look forward to lower charges as telecom regulator TRAI has proposed a sharp cut of about 35 per cent for making calls and up to 80 per cent for sending messages while roaming.

“Through the Amendment Order, the Authority intends to reduce the ceiling tariffs for national roaming services,” the Telecom Regulatory Authority of India said in a statement.

Under the latest draft amendment of Telecommunication Tariff Order, TRAI has proposed to cut down maximum charges that can be imposed on outgoing local calls during roaming to 65 paise per minute, from ceiling rate of Re 1 per minute.

It has proposed to cut STD call rates during roaming to Re 1 per minute, from maximum charge of Rs 1.5 per minute.

For incoming calls, the regulator wants telecom companies to charge a maximum of 45 paise per minute, instead of 75 paise permitted at present.

Besides, it has proposed a maximum of 25 paise per STD SMS sent by customers when they are roaming, compared to the prevailing ceiling tariff of 1.5 paise per SMS.

Trai has also said that local SMS should be charged a maximum of only 20 paise compared Re 1 that can be levied at present.

The regulator has sought comments from stakeholders by March 13, after which it will issue the final order.