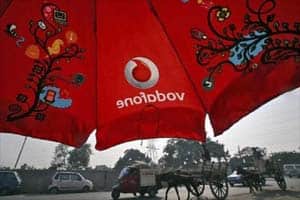 Vodafone has around 95 lakh customers in Delhi NCR circle. (Reuters)

In a direction to Vodafone, the TRAI said that Department of Telecom had issued the national numbering plan 2003 wherein the number 111 to 115 have not been allocated for any type of services and have been kept as ‘spare’.

However, the authority said it observed from the advertisement on the website of Vodafone that customers were being urged to call ‘111’ to get internet settings on their handset for pre-paid data offers, postpaid 3G data packs, self help for data services, Blackberry internet offers and to find out the balance.

“Now therefore, in exercise of the powers conferred upon it… the Authority hereby directs Vodafone India to discontinue use of level ‘111’ and submit compliance report latest by March 10,” Trai said.

No comments were received from Vodafone regarding the matter.

The Authority had issued a show cause notice on February 2 to Vodafone for violation of the national numbering plan.

In reply to the notice on February 18, Vodafone had stated that ‘111’ number had been in use by them for the last 18-20 years and that they were in genuine belief that there was no restriction in its use as the number was already under valid use prior to 2003 as a common customer care number across all the circles.

Vodafone had added that they have been transparently filing their annual compliance with the Authority in regards to the use of this level for their customer help services since 2007.

However, after examining the reply of Vodafone, Trai is of the view that “by using level ‘111’ without the permission of the licensor, the service provider has contravened the national numbering plan and filing annual compliance report to the regulations of the Authority cannot be treated as authorisation to use level ‘111’.”