According to the data sourced from Association of Mutual Funds of India, the industry paid a total of Rs 1,832 crore in salaries for the year 2014-15 and it was 105 per cent of the total amount that the industry earned in profits during the year. 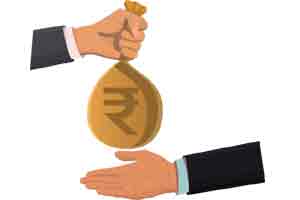 Bajaj Finance shares jumped over 16,000 per cent in the past seven-and-a-half years till July 2016.

While salary disclosure of top executives by mutual funds on Monday revealed that some of them earned even more than salaries drawn by heads of leading corporate houses, a look into the overall employee expenses of fund houses shows that in the financial year ended March 2015, the industry paid more in salaries than the aggregate profit earned.

According to the data sourced from Association of Mutual Funds of India, the industry paid a total of Rs 1,832 crore in salaries for the year 2014-15 and it was 105 per cent of the total amount that the industry earned in profits during the year.

While the data on profitability and wage expense for the top five players shows that the employee cost stood at 56 per cent of the total profit earned by them, industry insiders say that the high wage to profit ratio for the industry is largely on account of the lower profitability and relatively higher salary payout by the smaller fund houses.

“The smaller fund houses either earn less profit or are making losses but they pay in line with the industry standards and that result into a higher wage to profit ratio for the industry as a whole,” said a senior official with a leading mutual fund.

A source close to the development said that the capital markets regulator Securities and Exchange Board of India (Sebi) had directed the fund houses to disclose the information related to salary of all executives earning above Rs 60 lakh per annum by Monday itself.

The regulator was also of the view that the relatively smaller players have been resisting the move to disclose the executive’s salaries.

Among the top five players by assets under management, for the year 2014-15, the wage to profit ratio was highest for Birla Sunlife Mutual Fund followed by UTI Mutual Fund and both the fund houses paid more in wages than the profits earned for the year.

Though HDFC Mutual Fund’s top executive salary for the year 2015-16 (as disclosed on Monday) was the highest within the industry, it had the lowest wage to profit ratio among the top five players for the previous year. The wage expense for HDFC MF stood at 31 per cent of its total profitability for the year 2014-15 whereas that for ICICI Prudential Mutual Fund and Reliance Mutual Fund stood at 51 per cent and 45 per cent, respectively.