To remove Cyrus Mistry as director from the board of Tata Power, the extraordinary general meeting for which is to be held on December 26, Tata Sons has virtually issued a subtle threat to the shareholders of the former. 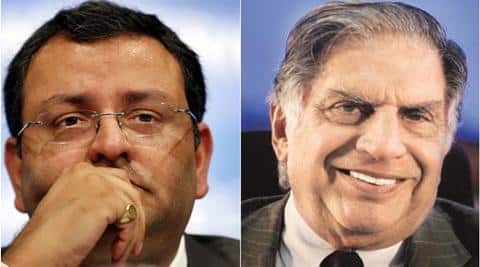 To remove Cyrus Mistry as director from the board of Tata Power, the extraordinary general meeting for which is to be held on December 26, Tata Sons has virtually issued a subtle threat to the shareholders of the former that any failure to pass the resolution may result in the company losing the right to use “Tata” brand or bearing the name “Tata”.

Though notices and dates for convening EGM to remove Mistry as director have been issued by six Tata group companies, including Tata Power, this is the first time that the detailed explanatory memorandum that follows such notices has mentioned such a veiled threat.

Prior to the explanatory memorandum of Tata Power, which was filed with the stock exchanges on Tuesday, another group company — Tata Chemicals — filed a notice on November 28 but that did not carry any such veiled threat. Interestingly, the EGM of Tata Chemicals will not only take up the removal of Mistry as director but also that of Nusli Wadia.

Since Tata Sons as the principal shareholder with a 31.05% holding in Tata Power had requisitioned for the EGM, the latter has quoted extracts from the special notice and requisition it received from the former on November 22. It says, “TPCL (Tata Power), of which Tata Sons is the promoter, forms an integral part of the Tata Group and enjoys the right to use the ‘Tata’ brand by virtue of the Tata Brand Equity and Business Promotion Agreement entered into between TPCL and Tata Sons.”

The memorandum has also reproduced extracts from the Letter of Offer dated March 19, 2014, for the rights issue of equity shares made by the company (Tata Power) in 2014, which reads: “We have entered into a Tata Brand Equity and Business Promotion Agreement dated December 18, 1998, for the use of the brand ‘Tata’ from Tata Sons Limited. As per the terms of this Agreement, Tata Sons Limited may terminate the aforementioned agreement either (i) in case of breach of any of the terms by us or any other specific reason set out in the agreement; or (ii) with six months written notice for reasons to be recorded. Further, only Tata Sons Limited has the right to register any trademark with the ‘Tata’ brand or bearing the name ‘Tata’. We cannot guarantee that the aforementioned agreement will not be terminated in the future and this may result in our having to change the name of our Company. Any value to our Company in being associated with the ‘Tata’ brand may consequently be lost. Loss of this brand value could cause diversion of management time into rebuilding and restoring its reputation which could have a material adverse effect on Tata Power’s business, financial condition, results of operations and prospects.”

The requisition has justified the move for Mistry’s removal as director and in this regard quoted the provisions of Clause 2.9 of the governance guidelines adopted by the company’s board, which stipulates that “employees of a Tata company should, post employment, immediately resign from the Boards of all Tata companies where they are functioning as non-executive Directors”. It has charged Mistry for not abiding by this guideline though he was party to its formulation.

On November 29 at the board meeting of Tata Power, which was primarily to consider the company’s July-September earnings, Mistry had won a temporary reprieve of sorts with the members not passing a resolution to remove him as chairman.

Tata Power’s board comprises 12 members including chairman Mistry and managing director Anil Sardana. Of these, seven are independent directors. Six Tata group companies — Tata Steel, Tata Motors, Tata Consultancy Services (TCS), Tata Chemicals, Indian Hotels Company (IHCL) and Tata Power — have convened EGMs to remove Mistry as director from their respective boards, which will fall between December 13 and 26. Three of the boards, those of TCS, Tata Global Beverages and Tata Steel, have already replaced him as chairman.

The unseemly corporate fight between the Tatas and Mistry began on October 24 when Mistry was unceremoniously removed as the chairman of Tata Sons on charges of under-performance and not having kept in mind the ethos of the Tata Group. Since then both sides have made allegations and counter-allegations. Mistry, for his part, has defended his strategies and blamed the legacy issues for the large debt overhang on the group. He has also found support from the independent directors of Tata Chemicals and Tata Motors calling his ouster an “illegality”. His fate in the boards of the Tata Group companies, however, remains in the hands of institutional shareholders, who have large stakes in several of them. Life Insurance Corporation of India, for instance, has a 13.9% and 13.1% voting right in Tata Steel and Tata Power, respectively.