Hyderabad-based Banka BioLoo, Dalmia Cement Ltd and Mahindra group along with 25 other companies, representing a total capitalization of USD 1.3 trillion, are stepping up to set a new level of climate ambition in response to a call-to-action campaign ahead of the UN Climate Action Summit on September 23. 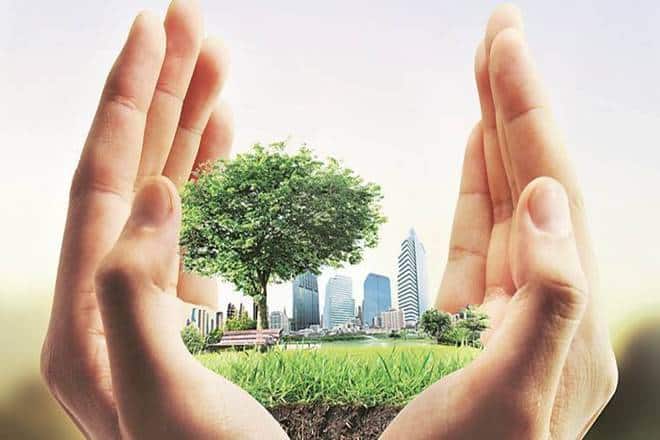 Prime Minister Modi is expected to attend the Summit on the margins of the high-level UN General Assembly session in September.

Three Indian companies are among the 28 global firms that have committed to a new level of climate ambition in line with the global goal to limit temperature rise to 1.5°C and reach net-zero carbon emissions, ahead of the UN Climate Action Summit expected to be attended by Prime Minister Narendra Modi. The commitment of the companies comes after the most recent report by the Intergovernmental Panel on Climate Change (IPCC), which warned of catastrophic consequences should global warming exceed 1.5°C.

The historic call-to-action issued in June came in the form of an open letter addressed to business leaders and signed by 25 global leaders, including President of the UN General Assembly María Fernanda Espinosa Garces, Co-Founder of Global Optimism Christiana Figueres and SDG Advocate Paul Polman, Co-Founder of IMAGINE.

Hyderabad-based Banka BioLoo, Dalmia Cement Ltd and Mahindra group along with 25 other companies, representing a total capitalization of USD 1.3 trillion, are stepping up to set a new level of climate ambition in response to a call-to-action campaign ahead of the UN Climate Action Summit on September 23. Prime Minister Modi is expected to attend the Summit on the margins of the high-level UN General Assembly session in September.

“It is very encouraging to see these climate leaders in the global business community taking action. By sending strong market signals, these companies are showing governments that they need to urgently ramp up their national plans in line with the latest climate science,” Alba said.

“Climate leadership has never been more important than it is right now, and it is inspiring to see so many diverse companies and brands boldly raising their ambitions,” Lise Kingo, CEO and Executive Director of the UN Global Compact, said.

“Leading companies are already proving that 1.5°C-compliant climate targets are possible, and I encourage all businesses to seize this opportunity to position themselves at the forefront of this movement and contribute to the achievement of the Sustainable Development Goals,” Kingo said.

According to a press statement by the UN, the companies raising the bar for corporate climate ambition are committed to setting science-based targets through the Science Based Targets initiative (SBTi), which independently assesses corporate emissions reduction targets against the latest climate science.

“The science is clear: To limit the catastrophic impacts of climate change, we must ensure warming does not exceed 1.5°C. The ambition is high, but it’s achievable — and science-based targets give companies a roadmap for getting there,” Paul Simpson, SBTi Board Member, said.

“We urge all companies to seize this chance to align their business with a 1.5°C future and drive forward the transition to a net-zero carbon economy,” Simpson said. CEOs who commit their companies to a 1.5°C trajectory in support of a net-zero future will be recognized at the UN Global Compact’s Private Sector Forum as part of the UN Climate Action Summit on September 23.

According to WHO, each year, air pollution causes 7 million premature deaths, of which 600,000 are children. As per the World Bank, air pollution costs the global economy an estimated USD 5.11 trillion in welfare losses and in the 15 countries with the highest greenhouse gas emissions, health impacts of air pollution are estimated to cost more than 4 per cent of GDP.

Follow us on
Latest News
SUPERBOT
Young, independent schools are ushering in a new era of education
Do layoffs erode brand equity?
North Korea slams South Korea-US drills, vows ‘merciless’ moves
Being smart
India stands green in education; Kerala, Maharashtra, Punjab among top contributors
Blockchain as a resource; how the technology can bring about a new definition of Enterprise Resource Planning
Photos
Dazzling & Astounding! Proposed design of the to-be redeveloped Dakaniya Talav Railway Station in Rajasthan-PHOTOS
2 days agoNovember 5, 2022
Heart-wrenching! Here is a look at Morbi and the suspension bridge that collapsed
7 days agoOctober 31, 2022
In Pictures: PM Modi in Kargil to celebrate Diwali with soldiers, says, ‘All of you have been my family for years now’
2 weeks agoOctober 24, 2022
Read More
×
Many companies staring at downgrades on weak Q2
SC overrules HC order on one-time settlement
Demand likely to slow down for IT companies in H2
Big opportunity areas left ‘unattended’ under earlier regime: Eveready MD
Jio seeks to speed up insolvency process for Reliance Infratel
Road to profitability: Get back to the innovation game