Huawei and ZTE are among the Chinese-origin telecom equipment makers that are doing business in the Indian market. 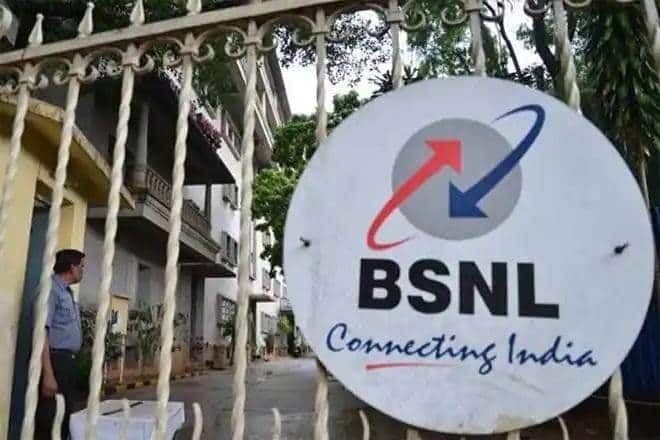 The government, it is learnt, has decided to tell BSNL and MTNL not to use Chinese telecom gear in their 4G upgradation.

The telecom department wants state-owned BSNL and MTNL to shun the use of Chinese telecom equipment in their 4G upgrade, underlining a hardening of stance in the backdrop of tensions at the India-China border, sources said.

Huawei and ZTE are among the Chinese-origin telecom equipment makers that are doing business in the Indian market.

A source privy to the Department of Telecommunications’ position on the matter said it may also nudge private telcos to gradually lower their dependence on Chinese equipment. However, mobile operators said they were not aware of any formal orders being passed as yet on the issue.

Also Read
Ikea sets eyes on Tamil Nadu to build omnichannel presence
The need for sustainability in supply chain and challenges in achieving It
3 ways how ONDC is democratising eCommerce space in the country
SBI Life Q3 profit falls 16.5% to Rs 304 crore

Meanwhile, the government, it is learnt, has decided to tell Bharat Sanchar Nigam Ltd (BSNL) and Mahanagar Telephone Nigam Ltd (MTNL) not to use Chinese telecom gear in their 4G upgradation, which is being supported as part of their revival package. An official order is yet to be issued in this regard.

An industry source said that while Huawei has not bid for BSNL tenders for nearly five years on account of payment-related issues, any formal order from the government could have a rub-off effect on its business and future prospects as the Chinese major’s equipment are used by private telcos in some of the existing networks.

One of the impact areas that would be keenly watched is the 5G trials, and the mega 5G networks that will be created in the future.

On 5G trials, an industry expert said while there may not be near-term business impact on Huawei given that trials have been held up due to financial woes of operators and the coronavirus pandemic, long-term business prospects of the Chinese firm could certainly come under cloud in case of any blanket restrictions.

Airtel and Vodafone Idea have partnered with multiple vendors, including Huawei for 5G trials.

Huawei has invested USD 2 billion in India, a market where it has about 6,000 employees, 96 per cent of them locals.

When contacted, a Huawei India spokesperson declined to comment on the issue. There was also no official word from BSNL on the matter.

Meanwhile, industry body COAI on Thursday asserted that geopolitical issues are the under the purview of the government and should be kept separate from corporate decisions.

Cellular Operators’ Association of India (COAI) — whose members include private telcos such as Bharti Airtel and Vodafone Idea — further said that so far, the government had not mandated exclusion of any vendor’s equipment from private operator networks.

When government makes laws, companies are “duty-bound” to comply with them, it said.

As such, companies are driven to act in the interest of their customers and other stakeholders, he said.

The developments at a time when Indian and Chinese armies are engaged in a standoff in Pangong Tso, Galwan Valley, Demchok and Daulat Beg Oldie in eastern Ladakh.

Twenty Indian Army personnel were killed in violent hand-to-hand clashes with Chinese troops in Galwan Valley on Monday — the biggest confrontation between the two sides in about five decades.

The standoff has stirred anti-China sentiments in India, with protesters and some trade bodies like Confederation of All India Traders calling for boycott of Chinese products.