If the Telecom Regulatory Authority of India (Trai) has its way, financially burdened telcos could end up bidding more than four times the Rs 1,09,000 crore they bid for spectrum a year ago. 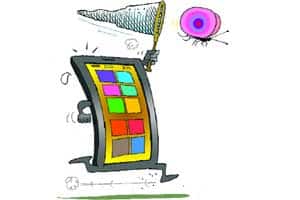 If the Telecom Regulatory Authority of India (Trai) has its way, financially burdened telcos could end up bidding more than four times the Rs 1,09,000 crore they bid for spectrum a year ago. This, at a time when telcos are under pressure to invest more capex to improve the quality of their networks, not just to take care of call drops but to be able to handle the data traffic that is increasing every day.

If the auctions go through — it is up to communications minister Ravi Shankar Prasad to accept the recommendations — telcos will be bidding an astronomical Rs 4 lakh crore for just the 700 MHz spectrum which has excellent propagation qualities but for which there is, as yet, no reasonably priced equipment available.

Theoretically, telcos can choose not to bid for the 700 MHz spectrum, but if one firm bids — say, an RJio — it will be difficult for the others to not participate in the auction rounds.

While it is true the band is better than the 800 MHz one, the propagation characteristics are not so superior as to command double the price. More important, apart from high-end devices like the iPhone, few other phones work on this band — in which case, it will be a few years at least till the ecosystem is mature enough for this band to have real value for telcos.

In the 900 MHz band, similarly, where the auction price was just under twice the reserve price in the last auction, the auction price in 2015 has been made the 2016 reserve price. This principle of last-auction-price-equals-new-reserve-price has been followed in other bands like 1800 MHz and 2100 MHz as well, though in both these cases, the 2015 reserve and auction prices were not too different from one another.