Xiaomi may face major set back in overseas market: Report 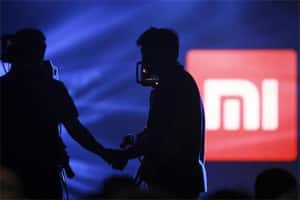 An Indian court which restrained the online sale of Xiaomi smartphones in India till February following a patent infringement petition from Ericsson could be a major setback for the Chinese company’s “most important overseas market” and its globalisation plans, reports said today.

The sudden ban may weigh on Xiaomi’s performance in its most important overseas market and its ambitious globalisation plans, a report in the state-run China Daily quoting industry insiders said.

The Delhi High Court in an interim order on Wednesday restrained Xiaomi as well as online e-commerce site Flipkart from selling in India handsets of the Chinese mobile maker that run on the technology patented by Ericsson. The court also restrained Xiaomi or its agents from making, assembling, importing or offering for sale its devices which are infringing the mobile phone technology patented by Ericsson.

“India is the top priority for Xiaomi’s overseas strategy. It will try everything to maintain its sales operation in the country,” James Yan Yan told the Daily adding that the company’s Indian shipments could hit “several hundred thousand” units.

Stockholm-based Ericsson told another state-run daily Global Times in an e-mail response that it has taken legal action after over three years of attempts to engage in a licensing negotiation with Xiaomi a number of its products are “infringing our patents.”

“It’s unfair for Xiaomi to benefit from our substantial R&D investment without paying a reasonable licensee fee for our technology,” the world’s biggest wireless network equipment maker said, refusing to further detail the ongoing legal process.

Founded only four years ago, Xiaomi launched its first Android-based smartphone in 2011 and started sales in India as it expands business beyond China this year.

The company has reportedly sold over 800,000 smartphones including its popular Mi 3 and low-budget Red Mi 1S in the Indian market since July.

A report by Counterpoint Technology Market Research said in early November that Xiaomi became one of the world’s fastest-growing phone brands in India in the third quarter of the year with a 1.5 per cent share of the market.

The overseas expansion has helped Xiaomi jump to No 3 in global shipments in the third quarter, following only Samsung and Apple, according to a US market research firm IDC’s October report.

“India can be a new wonderland for the Chinese rising star thanks to the large number of price-sensitive consumers, but Ericsson’s legal action will generate a setback to Xiaomi’s development there,” Xu Hao, an industry analyst with Beijing-based market research firm Analysys International told the daily.

Other analysts said that lack of more patents could affect Xiaomi’s future growth in overseas markets.