The phone is set to launch in India on July 20th. 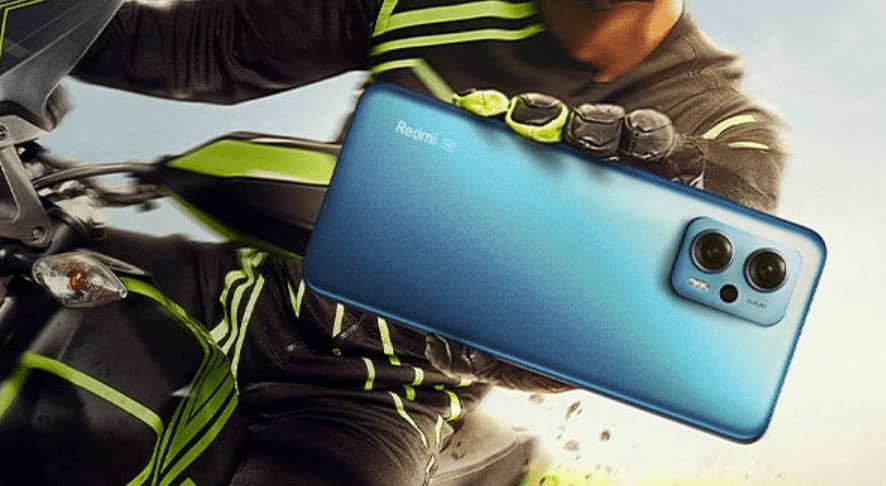 The design of the Redmi K50i bears a stark resemblance to the Redmi Note 11T Pro/Pro+ phones.

Xiaomi has been teasing and hyping the upcoming Redmi K50i –its first Redmi K-series phone in three years— for some time now. The phone is set to launch in India on July 20th. Ahead of D-day, Xiaomi has made a rather bold claim essentially saying that the Redmi K50i is faster than the iPhone 13.

In a comparison chart shared on Twitter, Xiaomi has revealed the AnTuTu benchmark score of the Redmi K50i and compared it with unspecified phones with Snapdragon 888, Snapdragon 870, Dimensity 1300, Snapdragon 778G+, and Apple’s A15 Bionic with 4-core GPU) seen inside the iPhone 13 and iPhone 13 Mini. The Redmi K50i, which has since been confirmed to come with Dimensity 8100, naturally beats all these phones “cherry-picked” to prove Xiaomi’s metal.

Note that there are many factors that come into play when running benchmarks, and also, since Xiaomi is expectedly running them inside a lab that it –likely—controls precisely, hitting a certain score and beating a rival phone isn’t same as how the same phone would fair in the real world. Still if you’re one who fancies numbers, Xiaomi claims the Redmi K50i scored an impressive 8,22,274 in AnTuTu while the iPhone 13 (which isn’t named here, just to be clear) scored a lower 7,82,653. The lowest score was recorded by the Snapdragon 778G+, the same chip that is set to power the Nothing Phone (1).

For what it’s worth, the Dimensity 8100 caries great potential. We’ve seen it in action in phones like the OnePlus 10R and Realme GT Neo 3 where it essentially performs like a Snapdragon 888 minus the heating issues. So, it is an amazing chip. The interesting bit would be how Redmi optimises it to eke more out of it to justify the numbers it’s sharing before launch. We’ll know soon enough since the launch is just round the corner. Stay tuned for more.