There are new fitness smarts too including improved blood oxygen level or SpO2 tracking and more workout modes. 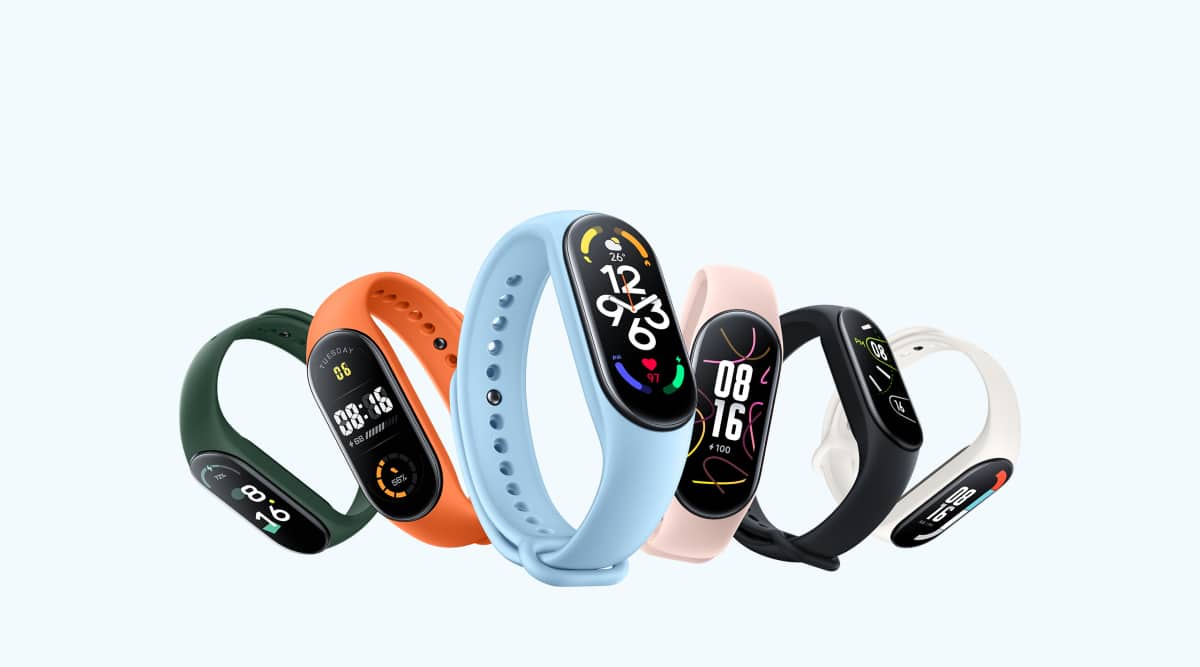 Global availability and pricing are yet to be announced.

Its main highlight, naturally, is its new 1.62-inch colour OLED display that stretches all the way to the edges resulting in an almost 25 percent bump in screen real estate (over last year’s Mi Band 6). The screen has a resolution of 490×192 pixels and can top 500nits, which is again an improvement over the last model. This version also lets you, finally, keep the display always on.

The Band 7 has a six-axis accelerometer, and it can monitor your heart rate and sleep quality index in addition to recognising your swimming strokes — it is 5ATM-certified which makes it swim-proof. It can monitor your blood oxygen level and automatically inform you when the level goes below 90 percent. It also supports 120 training modes and automatic workout detection. A Personal Activity Intelligence score meanwhile can give you insights into your workouts. You can also compete with friends basis of those scores.

Just like with the previous model, this one also gets an NFC option to allow digital payments. Microphone comes as standard in both models.

Xiaomi Band 7 boasts of up to 14-day battery life. Like the Mi Band 6, this one also charges through a magnetic dock, so you don’t need to take off the band to charge the device.