The 11T Pro may not end up being the phone you buy, but you can’t ignore it. 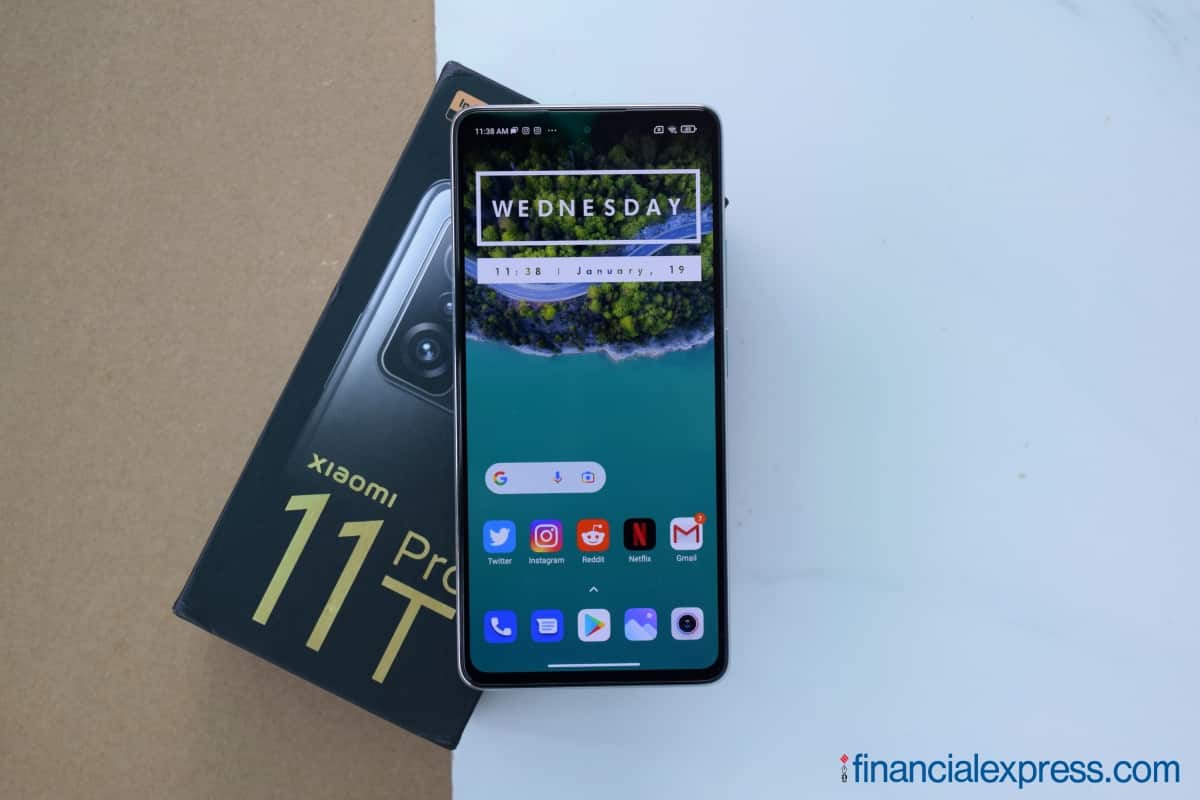 As smartphone buyers, us Indians are probably the most pampered lot. The most entitled, too. We just can’t get enough. We want the best of specs, at the least possible prices. Xiaomi, is partly, to blame for this. There are others, also, but really, has there been any other brand that’s done it as consistently, as it has, over the last seven or eight years that it has been around, in the country. Not everything that Xiaomi launches, hits gold, but you can be rest assured that every time it’s out with a new gadget, its price to spec ratio will make you stand up and take notice. The 11T Pro, launching in India today, is no exception.

The 11T Pro gets you a lot of phone for a lot less money. But it’s also a very familiar phone. One that would remind you of last year’s 11X Pro, a phone that might have slipped under your radar, being overshadowed completely by the 11 Ultra on one end and the 11X on the other. The 11T Pro is obviously a new phone, with better specs, but it feels very much like the 11X Pro in spirit.

The design especially the celestial blue version we have for review, is a throwback to the 11X Pro in many ways. The screen size is same. This is 6.67-inch. The 11T Pro weighs more. It is also slightly thicker, in comparison. This is justified by a larger battery and what appears to be a brand-new cooling mechanism (this is necessary because the 11T Pro, also, charges faster). The back is made of glass. The sides are plastic. The top is flattened out. The bottom and sides are curved. The power button doubles as a fingerprint reader.

We’re not very pleased with the thick bezels but everything else about the 11T Pro’s display is impressive. You get a high refresh rate and while it doesn’t beat the 10T Pro (144Hz), it has its own advantages. AMOLED being one. Then the fact that it’s 10-bit which is to say it can show a lot more colours (over 1 billion, to be precise). Dolby Vision is supported, too. This works in apps like Netflix. Then when you factor in the dual speakers, that can get quite loud, you’re basically looking at a multimedia powerhouse of a phone. There is no headphone jack but Xiaomi bundles a dongle so you’ll be able to use your existing wired headphones.

The battery is, sizeable, which is a little surprising because this phone also supports 120W fast charging. The safeguards inside are broadly similar to what you get inside the 11i Hypercharge. We’ve reviewed it in detail so be sure to check that out. Xiaomi says you will be able to charge the 11T Pro with the accompanying charger from zero-100 percent in 17 minutes. That is under ideal conditions, obviously.

The 11T Pro shares the core hardware, which is the Snapdragon 888 chip, and triple rear cameras with the 11X Pro. While we’re yet to test the cameras extensively, performance has been in line with most Snapdragon 888-powered phones. Unlike the 11 Ultra with the same chip, which was notorious for throttling under stress, the 11T Pro offers nice and smooth performance for longer duration. We quite like it, in the little time we’ve spent with it.

The front camera in the 11T Pro is a step down from the 11X Pro, on paper. While the 11X Pro had a 20MP camera, the 11T Pro tops out at 16MP. Of course, megapixels have nothing to do with final results so we’re keeping our fingers crossed for now.

This first impressions piece wasn’t intended to be a comparison piece with past Xiaomi phones, or even rivals like the OnePlus 9RT and Samsung Galaxy S21 FE 5G, but just a quick look at the smartphone landscape in India and how it’s changing.

While the jury is still out on its exact origins, there’s absolutely no doubt that the moniker “flagship killer” picked up steam in 2014 with OnePlus entering the market. The idea was to offer an experience akin to a high-end Samsung Galaxy or a premium iPhone at a fraction of the cost. Over the course of time, though, the flagship killer made way for the flagship. OnePlus still makes proverbial flagship killer phones, like the OnePlus 9RT is maybe, but it’s not the same thing anymore. The wow factor, is missing.

That’s not to say that the OnePlus 9RT is a bad phone. But we can’t say for sure that it’s the best value, which brings us back to Xiaomi. The 11T Pro may not end up being the phone you buy, but you can’t ignore it. The same way you can’t ignore Xiaomi’s consistency and resolve to offer the best of specs, at the least possible prices. Watch this space for our full review of the Xiaomi 11T Pro in the days to come.