With Nord 2T, OnePlus has turned price: performance on its head…again!

And the latest Nord, the OnePlus Nord 2T, adds yet another dimension to the premium mid-segment by bringing in a whole new level of performance at a price point that is actually lower than that of its predecessor, the OnePlus Nord 2. 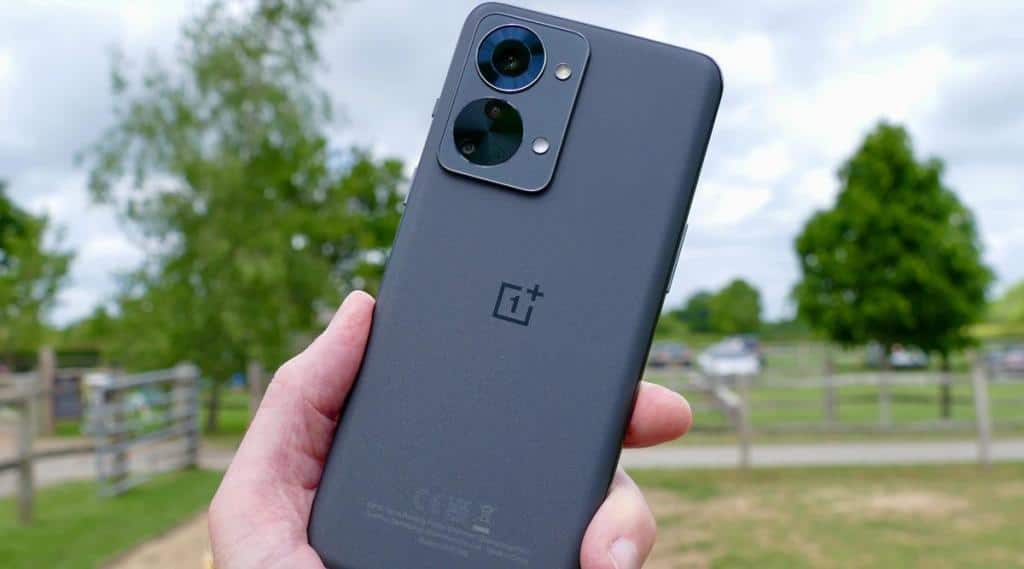 The phone also comes with support for 5G, so you will be able to surf the next generation high-speed Internet wave when it does hit India.

Just how much can you expect from a phone priced in the region of Rs 30,000? Well, a whole lot if it comes from the house of OnePlus. The Never Settling brand had redefined our concept of flagship devices with its flagship killers and premium flagship devices, and with its Nord series, has redefined value for money when it comes to the premium mid-segment, a segment which it created in 2020 with the very first OnePlus Nord.

And the latest Nord, the OnePlus Nord 2T, adds yet another dimension to the premium mid-segment by bringing in a whole new level of performance at a price point that is actually lower than that of its predecessor, the OnePlus Nord 2. The biggest reason for this is the fact that the OnePlus Nord 2T is the first phone to come with the new MediaTek Dimensity 1300 chipset. A clear step up from the acclaimed MediaTek Dimensity 1200 which was needed in the Nord 2 and many other devices, the Dimensity 1300 is built on a power-efficient 6 nm process and comes with an eight core architecture. The Dimensity 1300 not only delivers better CPU and graphics performance, but also has comprehensive AI support and ensures faster download and installation speeds. Games and apps just fly on it. Support for WiFi/Bluetooth Hybrid 2.0 also results in improved gaming over Wi-Fi, better download speeds with lesser lags, and Bluetooth audio connections with very low latency. Blend it with up to 12 GB LPDDR5 RAM and up to 256 GB of UFS 3.1 storage, stereo speakers and a brilliant 6.43-inch full HD+ AMOLED display with HDR10+ support and a 90 Hz refresh rate, and you have a multimedia and mult-tasking beast in the house.

You also get the best cameras in the segment when you get a OnePlus Nord 2T. The phone comes with the same Sony IMX766 50-megapixel sensor with OIS that is seen on many flagship devices, with a 8 megapixel ultrawide camera for a wider perspective and a 2 megapixel mono camera. The Sony IMX766 needs no introduction to phone photography followers and has a proven track record for delivering sterling videos and images in terms of both detail and colour, but this sensor gets even better thanks to the Dimensity 1300’s upgraded AI image processing. The result? Even better Nightscape mode performance and HDR video capturing. There are also several features like AI Scene Enhancement, AI Highlight Video, Slow motion, Dual-View Video, HDR, Nightscape mode, Portrait Mode, Panorama, Retouching, and a number of Filters that let you do so much more with your photographs and videos.

All this runs with silky smoothness, thanks to OnePlus’ famous OxygenOS 12.1, which comes with zero bloatware to ensure that nothing stands between you and your smartphone. It will continue to run smoothly for quite a while too, as the phone comes with the assurance of two major Android updates and three years of security updates. The phone also comes with support for 5G, so you will be able to surf the next generation high-speed Internet wave when it does hit India.

A final flagship touch on this mid-segment monarch is the 80W SUPERVOOC charging, similar to that seen on the flagship OnePlus 10 Pro. Thanks to this the OnePlus Nord 2T is one of the few phones in its segment that not only has a large 4500 mAh battery that lasts more than a day of use, but which can also get charged from nothing to full in less than half an hour. A mere fifteen minutes of charging is enough to get you through a day comfortably. Of course, this being a OnePlus, all this comes within a sleekly designed 8.2 mm slim frame that will turn heads, especially if you get the Gray Shadow variant with its OnePlus One-like sandstone finish.

What makes the OnePlus Nord 2T even more formidable is the extensive network of OnePlus service centers spread across the nation. In the rare event of something going wrong with your Nord 2T or it is getting damaged, you are almost certain to get issues resolved speedily and with minimum from a nearby, friendly service centre.

It’s staggering that OnePlus has managed to pack so much into a single device and then actually managed to price it lower than its predecessor, at a time when the tech world is reeling under rising prices, thanks to increasing component costs. The OnePlus Nord 2T starts at Rs 28,999 for the 8 GB/ 128 GB version which is actually lower than the price of the similar RAM and storage variant of the OnePlus Nord 2 released last year.

Superb performance, flagship features, terrific design, great after-sales service and support all make the OnePlus Nord 2T by far the best bang you can get for your buck in smartphones.