Why did Apple delay launching 4-inch iPhone SE in India?

Billed as a trendsetter for the smartphone market in India, at $399 (US pricing), the device will be available in India for Rs.39,000 (retail price) which is within premium segment in India for smartphones so the question of its being the cheapest iPhone ever does not hold any truth. 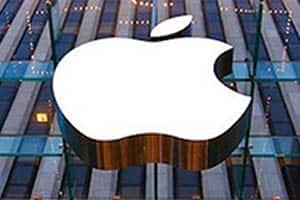 iPhone SE 64 GB version will come at $499 while the 16 GB model will cost users $399 (US price). It will be available in four colours including sleek rose gold, the company announced during its special "spring lineup" at the packed auditorium at its Cupertino, California-based headquarters, earlier this week.

As Apple lovers started pre-ordering their 4-inch iPhone SE or 9.7-inch iPad Pro devices from Thursday (the device will start shipping to them from March 31), experts here are disappointed as India – touted as an emerging market for the smallest and “cheapest” iPhone SE – will only start to see the first device by April 8.

Billed as a trendsetter for the smartphone market in India, at $399 (US pricing), the device will be available in India for Rs.39,000 (retail price) which is within premium segment in India for smartphones so the question of its being the cheapest iPhone ever does not hold any truth.

The first big disappointment is that although the smartphone has been designed for the emerging markets, it has not been made available in the first round in the fastest growing and one of the largest emerging markets – India.

“By making it available in the first round itself in the country, Apple could have indicated that the Indian market is high on its priority list. Though the company had mentioned about the significance of the India market for it, not including it in the list of the countries where iPhone SE would be made available first is definitely a big turn off,” says Faisal Kawoosa, lead analyst with CyberMedia Research (CMR), a market research firm.

It will be available in four colours including sleek rose gold, the company announced during its special “spring lineup” at the packed auditorium at its Cupertino, California-based headquarters, earlier this week.

The iPhone SE is a mix between the iPhone 5 and iPhone 6 generations of devices with size and design of iPhone 5S and the specs and capabilities of the iPhone 6S.

“Fundamentally, iPhone still remains a premium segment phone in India even with SE launch and now it would be available through the continuum of premium range of smartphones. In India, smartphones above Rs.30,000 contribute just a little over three percent to the market,” Kawoosa told IANS.

The iPhone will have a 64-bit A9 processor and M9 motion co-processor. The camera is also carried over from the 6S; it is the same 12-megapixel iSight camera with a true tone flash.

The phone is claimed to have an improved battery life, Bluetooth 4.2 and new microphones.

But the truth is: India is a phablet-obsessed nation and 46 percent of the smartphones sold in the country have a screen size of five-inch or above.

In the price range Rs.30,000-Rs.40,000, iPhone 4SE will be competing with phablets which contribute over 60 percent of the smartphones market.

“In such a scenario, just positioning it as the ‘most powerful 4 inch Smartphone’ won’t work alone. After all, size does matter, at least for India,” the CMR analyst noted.

However, according to Anshul Gupta, research director at global market research firm Gartner, iPhone SE will help Apple broaden their market segment in the country.

“Users will be able to buy a phone with latest features which is very different from buying an older version at lower price. I think this will appeal more people to buy an Apple phone who otherwise couldn’t afford their flagship phone,” he said.

“This will make market more competitive at that price point as Apple is preparing to take more share,” Gupta added.

“Pre orders open on March 29 at 12:01am,” a company statement said, adding that the phone will be available at over 3,500 retail locations across India.

“For India to really become an Apple market, we will have to wait for a couple of years with the increased uptake of the premium segment in the country,” Kawoosa predicted.

In 2015, there was a 53 percent rise in the premium segment smartphone market in India.

“For 2016, we expect Apple missing the five-million mark even with the iPhone SE push,” he added.

Apple has also launched a new lightweight 9.7-inch iPad Pro which is touted as 40 percent less reflective than an iPad Air 2.