Not all messages need to stick around forever: Mark Zuckerberg, Founder and CEO, Meta 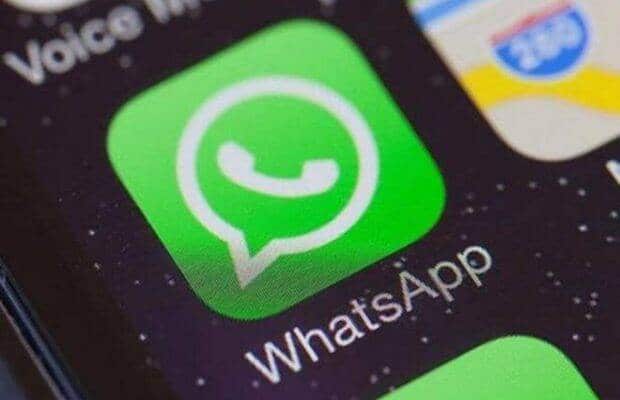 WhatsApp update: WhatsApp will soon be adding a new update in its disappearing messages feature. The new functionality will allow users to set chats in a way that they automatically get deleted after a set period of time. Mark Zuckerberg, Founder and CEO, Meta announced the news on Facebook that the new disappearing messages option will be rolled out for users today.

“We’re rolling out a new disappearing messages option on WhatsApp today so you’ll be able to make all new chats disappear by default after 24 hours, 7 days, or 90 days. Not all messages need to stick around forever.” As per the announcement made by Meta CEO, WhatsApp users will now be able to turn on disappearing messages automatically for all their new one-on-one chats. With this, all future messages on chats will automatically be deleted from the service.

Soon, there will be an option for users to delete chats after 24 hours or 90 days. WhatsApp is working on this feature, and this is still in the development stage.

Your existing chats are safe!

Also Read: WhatsApp ‘delete for everyone’ feature time limit may soon be extended beyond 7 days

Users will also have the option of turning this default setting for individual chats. It is also stated that the new default setting will not affect group chats. But, the instant messaging giant confirmed that it has added a new option when creating groups on WhatsApp to let users enable the disappearing messages feature. The new features are available for everyone across all platforms now. Users can visit WhatsApp’s FAQ page in case of a query regarding its usage.

Next Story
Job opportunities in telecom expected to grow by 20%: TeamLease

US Stock Market
S&P 500 to reach 5050 on continued robust earnings growth, says J.P. Morgan
Fund Managers maintain bullish stand on stocks, BofA survey shows; expect inflation to fall in 2022
Nasdaq 100: What strategists see for US stock market as treasury yields spike
NASDAQ Composite Index down by nearly 8% from 52-week highs – Check details
US Federal Reserve losing its fight against inflation, says Bill Ackman, wants 50 bps rate hike
View All
Latest News
Covid-19 Omicron Variant Live Updates: Active cases rise to 21,87,205 as India reports 3,33,533 new COVID cases, 525 deaths in last 24 hrs
Facing difficulties in repaying costlier loans? Manage your loan EMIs better with these steps
Election Commission extends ban on physical rallies till Jan 31; some relaxations for first 2 polling phases
Unlocking the next big opportunity: The rise of online content creators across rural India
ICICI Bank Q3 profit rises 25%
Out of the woods: Telecom industry AGR back on growth path
Q3 Result: YES Bank PAT rises 77% to Rs 266 cr on back of lower provisions
Most Read
‘Earlier there were monologues. Now there is a voice talking back’
Better than most: Meet Akshay Bhatia, brightest Indian-origin talent in the world right now
Rights and duties: ‘What is worrying PM Modi so much…’
Across the Aisle by P Chidambaram: No political price yet
Photos
In Pictures: Indian Army patrols in heavy snow in Jammu and Kashmir’s Poonch
3 days agoJanuary 20, 2022
Share
Satellite images show huge damage in Tonga; Scientists say this underwater volcanic eruption may harm environment for years
5 days agoJanuary 18, 2022
Share
Realme 9i first look, impressions: Design, specs, features, and everything to know
5 days agoJanuary 18, 2022
Share
Read More
×
Nepal, Egypt, Italy to Kenya – A look at Republic Days around the world
Young voices: More and more children are coming forward as opinion makers
The era of smart savers: How fintech industry is revolutionising finance in India
The digital fence | Book excerpt – The Art of Bitfulness: Keeping Calm in the Digital World by Nandan Nilekani & Tanuj Bhojwani
BTS to Bollywood: The irrefutable power of social media and new-age celeb connections
The only constant | Book Review – How to Change: The Science of Getting from Where You Are to Where You Want to Be By Katy Milkman